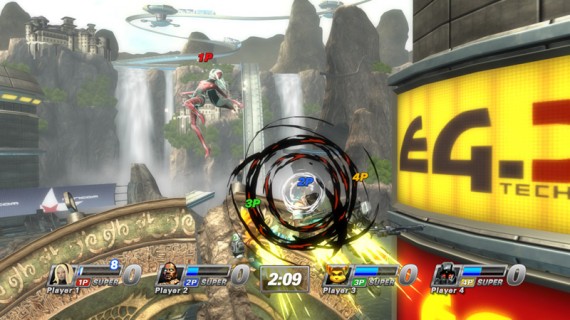 My full rundown of the PSN update will be coming tomorrow as scheduled, but just as a reminder, since the DLC is timed, there are new fighters available for PlayStation All-Stars Battle Royale. The two new fighters, Emmett from Starhawk and Kat from Gravity Rush, will be available when the store updates for free. Now, they are only free for the first two weeks of their release, then they will be priced at $4.99 apiece. Again, from today until Feb. 26th, they are a free download, yours to keep forever; after the 26th they will be priced at the $4.99. There is also a new level to be had for $1.99, dubbed “Fearless”. The stage starts out on top of a giant stone spire from Heavenly Sword, then transitions into an electrified raceway from Wipeout! I am excited about this DLC, I spent the late night oil last night leveling up some of my lower leveled fighters. I recently bought a Vita as well and have this great game on the go as well. The DLC will be for the Vita version today as well.

+ The new level “Fearless” is pictured above, below are the videos for the two new characters.