Are Custom Maps and Modding A Dying Art?

22 Comments on Are Custom Maps and Modding A Dying Art?

What do Modern Warfare 2, Black Ops, Medal of Honor, Gears of War 1 and 2, and Bad Company 2 all have in common besides the fact that they were some of the biggest releases to come out in the last 5 years?  None of them support or even provide tools for custom content?  It appears that the world of modding has met it’s match with the new pay DLC/micro transaction pricing model that major companies such as Activision and EA are pushing.  It makes sense for these providers to block custom content so they can limit users to their custom content.

This really is sad in the sense that some of the most popular multiplayer games out there today were based off of modded and custom content.  Some prime examples of this are Counter-Strike, Team Fortress Classic and Day of Defeat.  All of these games spawned off of a user created mod.  The modders created the game play, sounds, maps and overall content of their mods.  These mods took off at such an alarming rate that Valve took notice of them and purchased them from their developers. 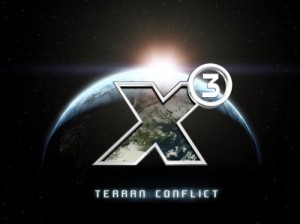 quite unique from a great number of other companies out there today in the fact that they don’t push pay DLC in fact they tend to shy away from it.  They also have an entire section of their website dedicated to modding and to help people who are interested in it to do so.  The creators of X3, Egosoft,  are another prime example of a company that encourages it’s users to create custom content.  Egosoft built in a script editor within the game that allows you to modify almost every aspect of the game and even add in new content.

With the rise of consoles over the last 5 years the overall modding community has defiantly died down.  With the slower release of PC titles and even fewer that allow for modding in the first place it’s definitely put a hamper on the community.  Consoles for the most part do not allow any custom content.  There is one title however that does try to let users make their own content and that game is Halo.  Halo, to my knowledge, is the only console game that really makes an attempt at letting users create custom maps and game play types.   Halo’s forge does a fairly good job of letting the player create a custom map based on a preset number of items he/she can deploy in the world.  Halo also provides you with the tools you need to create custom game play types as well to go along with your custom map.

While not all custom content is good and in fact some of it is just plain terrible I think it is a real tragedy that developers as a whole are shoving it off in some dark corner so they can bolster their profits with multiple DLC content packs.  Custom maps can be a lot of fun to play and in some cases they are far more fun then the standard content that comes with the main game.  Modding also helps increase the lifetime of any particular game.  People are still playing games like Half Life, Jedi Knight: Dark Forces II and Deus Ex many years after their release because of the substantial amount of user created content there is.

So what do you guys think?  Do you think the modding community is really all that important?  Is it beneficial to companies to allow users to create and publish their own content or does it hurt their bottom line?  Does custom content take away or add to the game?  Which is better?  DLC or user created content?  What does the TGB community think? 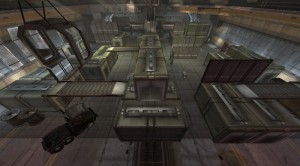