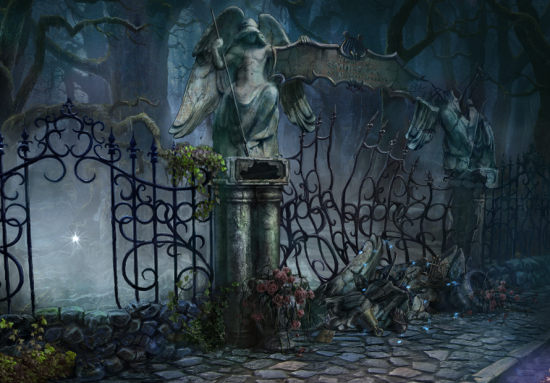 If these are all things that you like to see packaged into an iOS game then you need to take a look at what ERS Game Studios has to offer. In addition to developing games for the iOS platform there are also PC, Mac and Online games to choose from spanning across a range of different genres including: IHOG, Puzzle/Adventure and Sim/Strategy. Formed in 2006, ERS Game Studios has developed a worldwide following attributed largely in my opinion to the polished gameplay and stunning graphics that some term ‘illustrative realism’. There are numerous reviews of the various ERS games out there and the quality of the final product and the graphics are always a big talking point.

I’ve been playing the iPhone and iPad versions of ERS Studios games for a while now and I’m glad I’ve now got the opportunity to talk a little bit about what attracts me to them and why I think they are so amazing. I started off playing ‘The Mystery of Joyville: Puppet Show’ which I found while browsing the App Store, as soon as I’d completed the game I actually looked up the game developers, found out what else they had released and got downloading. So far I’ve completed five of the eight iOS games that have been released, I’ve listed the titles of the eight games below (screenshots alonside this review are taken from Music of Death and Curse of the Raven) and you can find out more from the ERS Game Studios website. Where available it’s definitely worth springing for the collectors editions to get the bonus content at the end.

As with all IHOG games there seems to be a combination of factors which make them appealing rather than tedious, a really nice aspect to these games is that many tend to run in series, for example, the latest games I’ve played ‘Maestro: Music of Death’ and ‘Redemption Cemetery: Curse of the Raven’ both have sequels coming soon and it seems like a natural progression for the games rather than something that is forced to get a new game out quickly. Another aspect of the games that appeals to me is the tie in with Edgar Allen Poe’s stories, Poe being best known for writing tales of the macabre. It’s amazing how well the games in the series work alongside Poe’s dark themes which often dealt with death, reanimation of the dead and mourning .

When you first start one of the ERS games, literally when you touch the icon you know that effort has gone into making it, there is a sense of becoming involved in the story by adding a cinematic-style opening which combined with the music really make the game interesting from the start. You know what your objective is and now you need to work through the content to achieve it. The story is a true mystery and your role is to act in a detective capacity to figure it out, the puzzles are not hard but they will get your brain working and the hidden object scenes are just fantastic, they are miniture works of art which are a pleasure to behold. ERS Game Studios also have the graphics-music combination nailed, and I find myself humming along as I try to find the objects hidden within the scene. In each game the gameplay is slightly different and you need to constantly adapt to the situation as it unfolds. It’s not brain science, you won’t achieve mensa status by solving the puzzles, but they are fun and progress the storyline in a way that keeps you entertained and eager to find out what happens next.

In general these games get excellent reviews, the only recurring critism seems to be that they are lacking in originality and perhaps do not lend as much of a challenge as some would like to see, as eluded to above. Both are valid points, but I think that it would be very difficult to create a truly original story in this particular genre, of course that’s not a reason not to try, but I’d also be concerned that by changing the format too much it would remove something fundamental to the success of games like these, taking away the reason that so many people love them, it’s that mystery, working through the process and progressing through the story that makes these games appealing. I also think that making the puzzles within the game or the gameplay more challenging is more a question of appealing to the right demographic, ERS Games Studios pride themselves on being casual game developers, these are games you are supposed to be able to pick up and run through without it being so difficult that you end up frustrated by the whole thing and fling your iPhone/iPad across the room, essentially they are feel-good games that allow you to get the little grey cells working and have that sense of achievement at the end. They are great games for what they are designed to be.

To wrap up, here are some of the game features that might be of interest:

These type of games are not going to be everyone’s cup of tea, but there is definitely more than meets the eye and it’s definitely worth a look.

In a virtual sense of course! If the answer to the question is yes then I’ve got just what you need, that is if you’re not one of the hundreds of thousands of people who have downloaded the game already, grab your iPhone or iPad and download the iOS game Pandemic 2.5 from the App Store. This game has been developed by the team at Dark Realm Studios and was released to the Apple App Store back in May 2012 where it literally shot up the charts.

The aim of Pandemic is to create a suitably infectious disease and then manage its spread through the worlds population; the disease needs to infect every person in each of the 21 regions and then be lethal enough to kill them off, creating your very own extinction event. You create your disease by selecting from a range of symptoms, resistances (e.g., heat, cold, drug resistances) and traits which combine to hopefully increase it’s effectiveness; all the time the clock is ticking and you need to adapt to counteract government measures to control  and manage the spread of the disease, this is done by closing borders and creating vaccines. Governments on each continent will start implementing measures to reduce the spread of the disease once it becomes visible, so generally I try and keep the visibility down for the longest time while trying to infect as many people as possible e.g., choose symptoms for your disease which a person wouldn’t normally seek medical help for but would still make contact with other people. Once your disease is visible ensure it gets everywhere and is as lethal as possible. There are three levels: Casual, Normal and Madagascar (increasing in difficulty) and you can also choose to create a bacterial, viral or parasitic disease. Additionally, you do have the the ability to stop the clock while you make changes to your disease, taking advantage of the EvoPoints you accumulate as you infect the population. EvoPoints are used in the game to evolve your disease by adding new genes and traits.

I’m not sure what it says about me, but I took to this game quite quickly; I think you have to be a bit Borg-like in your approach and adapt, coming back stronger than before when you fail to achieve your main objective. Maybe the degree in biochemistry and microbiology helped a little! I would love to know what other science geeks think about Pandemic, I for one was really impressed with the science behind the game. I’m sure we could analyze each minute detail and come up with something dubious, but for a game like this I think it was amazingly thought out, you could apply real life biological principles and get a real life result – very very cool.

The strategy behind creating and deploying your disease (and of course getting to name your own disease) is definitely the best aspect of the game in my opinion. The only thing I did find was that you sometimes had to wait for long periods of time simply watching your disease propagate, or not as the case may be, especially when you know you are not going to be able to exterminate all of humanity – sometimes I wished I could just skip to the game stats to see how I did before taking another run at it.

One other point of note, in the forums there were a number of people who were a little frustrated by the games initial lack of instructional content, and I agree that I did find that I was working out a lot of the game play through trial and error; but Dark Realm Studios was not unsympathetic to this feedback and in update 1.1 they released, amongst other things, a new game tutorial which hopefully helped with starting out in the game and preventing some of the frustration of just not being able to wipe out humanity.