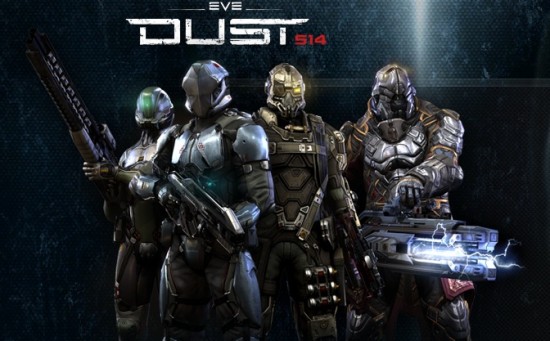 This is a game that I think is going to come in under the radar, especially consideirng it’s circumstances.  For those of you who don’t know what Dust 514 is it is essentially a FPS tie in to the ever popular PC MMO Eve Online.  We aren’t sure on all of the details of the game and how it ties in but the battles you fight on the ground directly affect the strategic layout in the MMO.  When a coorporation launches an assualt on an enemy world they will be able to physically attack that world and based on the combat on the ground they may or may not take the planet.  Additonally when palyers are fighting on the ground starships in orbit and physically bombard the planet.

This is definately a original concept and I don’t believe it has been tried before in the gaming world.  It should be interesting to see how this model plays out considering that it is exclusive to the PS3.  Why is this suprising?  Because EvE online is a PC only game.  We are suprised that it is a. going to be on the PS3 and not the Xbox 360 and b. that it won’t be on the PC.  Having said that I wouldn’t be to shocked to see a PC version come out shortly afterword.  I also want to see how they tie in the battles in space with the battles on the ground.  Combat isn’t constant in EvE online so I’m wondering if there will be some deathmatch you can play while waiting for a ‘real’ battle.

Check out some of the videos below: