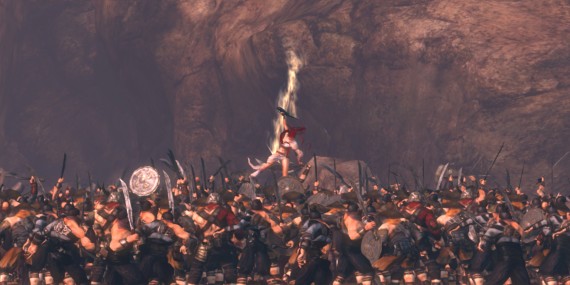 I am a big fan of Ninja Theory’s games, though a lot of the gameplay mechanics are not new, they craft beautiful worlds and characters that memorable. I just finished Heavenly Sword for the second time last night, the first time was back in 2008. The game has solid mechanics, though a bit familiar if you have ever played God of War, but there are several things that make this early PlayStation 3 title shine. The facial animations and voice acting is top notch, and still makes more modern games pale in comparison. The world and soundtrack are truly unique, and Nariko is an incredibly strong female protagonist. The game has been out since 2007, so it is not new news and there is little hope for a sequel due to low sales, despite being critically received well. What I do want to focus on is the fantastic “Making of Heavenly Sword” videos you can unlock, and why videos like this have disappeared. Since the widespread acceptance of the DVD/CD/Blu-Ray format, we have been treated to all sorts of “Making of” features, but games been hit or miss with this, while movies have this included with almost every copy. These type of documentaries are normally reserved anymore for special editions of games or are buried on the developers website. Heavenly Swords “Making of” videos dive deep into the conceptual stage, motion capture, the soundtrack, and even focuses on the Foley artist and sound effects. These dive deeper than most I have scene and the interview with the “dramatic director” Andy Serkis (known for Hollywood and Video Game motion capture) is great. 343 Industries did several videos like this for the making of Halo 4, but none were included on the discs that shipped. Why are multi-million dollar projects skipping these? It could be cost; it could be lack of production; it could lack of studio direction as a whole. What ever the reason, I think more studios need to put these type of features in budget and production schedules from the start. Yes, there are those who would just skip over these videos; but there are those of us that love the industry and possibly trying to break into it, and these can be very informative showing off the creative process. I hope these make a triumphant return, and the verge of a new console generation, these could give insight to how these new consoles will change future development. Below is the third episode in the “Making of Heavenly Sword” that focuses on the voice actors and motion capture performances.