Gaming in Stereo: Make Up Wednesday

No Comments on Gaming in Stereo: Make Up Wednesday 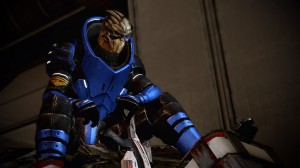 Today is going to be a little short just due to the part time job getting in the way of the site work and trying hard to put together a good Mass Effect 3 review. Today’s track focuses on one of my favorite characters from the series, Garrus. A true friend to the end, he has been through the thick and thin with Shepard and always has a witty punch line to throw in. Enjoy Garrus by Jack Wall off the Mass Effect 2: Official Soundtrack. Tomorrow we will focus on another character from this universe I hold dear.