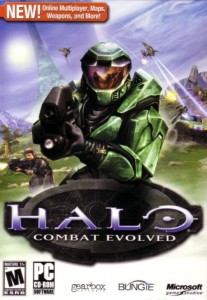 What makes Halo so “Special”?  The other day I asked myself this very question.  It was brought upon by a friend who was just raving at what an amazing game it is. Halo is undoubtedly one of the most successful game titles ever to hit the console mainstream in terms of popularity and sales.   Although Halo and Halo II are both readily available for PC, they were not released at the same time frame or enthusiasm as they were on Xbox. 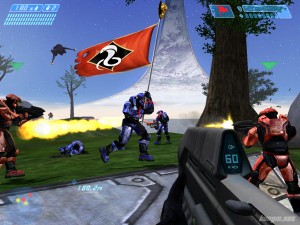 With so many genre evolving titles, including Half Life, Quake, Counter Strike, Team Fortress, and Medal of Honor, how would Halo compare/compete?  Each one of these titles bring something to revolutionize the way PC gamers view the FPS genre.   PC gamers have always, and will always be attracted to free user created content, quality graphics, solid game play and creative control schemes, for single player and multi-player games.  Dedicated servers and quality company support for multiplayer games is a MUST.

No one is disputing that Halo is one of the most successful games ever created for consoles.  But would it dared to lay on the same level as the PC greats?

Halo, while very successful on consoles, didn’t push the FPS envelope.  It did refine a few things but did very little to push FPS titles to new heights.  This is not to say that Halo is a bad game, because it isn’t, but it isn’t innovative in this sense.  What halo did, however, was to create a quality single player campaign combined with addictive multiplayer that had yet to be seen on consoles.  This is what halo did that made it great as a game.  It took something that hadn’t been done before or hadn’t been done well and made it great.  For the first time console gamers got a quality shooter with great multiplayer.

While Halo is a great game in its own right it could never of succeeded long term as a PC FPS title.  The combination of no mod support, lack of dedicated servers, and not bringing anything new to the FPS genre would of it an OK title but nothing that would have been talked about for years to come.

When you ask the question “Could halo have been a legendary PC title?” The answer is most likely no.