1 Comment on Halo: Spartan Assault Jumps to Consoles in December 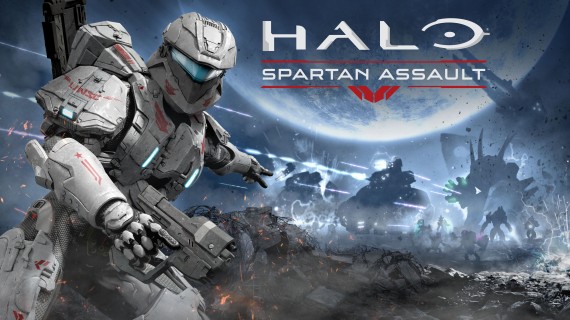 Halo jumped into the realm of twin stick shooters on Windows 8 phones, tablets, and PC with Halo: Spartan Assault. Now it will make the jump from the portables (aside for the PC) to the consoles this December. It will be available for the Xbox 360 and the Xbox One, but does not come with a cross-buy option, which is kind of a bummer. The game will be adding a co-op option and will come with some extra missions tailored specifically for co-op. The Flood will also make its return to the series, Halo 3 was the last time we saw the plant like parasite that met its demise on the Ark. The title takes place in the 4 year gap between Halo 3 and Halo 4, focusing on Spartan Davis, Commander Sarah Palmer, and the UNSC Infinity. The game was co-developed by 343 Industries in conjunction with Vanguard Entertainment, and scored by Tom Salta (Halo CE: Anniversary, Ghost Recon Advanced Warfighter 1 & 2). I am a sucker for twin stick shooters (Geometry Wars, Gatling Gears, Super Star Dust, Robotron) and I love the Halo franchise, so in my mind, this is a day one purchase as long as it stays a reasonable price. Vanguard are a great developer that has snatched my money twice with Gatling Gears and Greed Corp, I would be glad to give them my money again. The game will also come with its added on content, Operation Hydra. You can expect it to hit the 360 and Xbox One marketplace this December, price is still yet to be announced. The original announcement trailer is below.