He Killed Me!? Impossible! He Must be Cheating!

6 Comments on He Killed Me!? Impossible! He Must be Cheating! 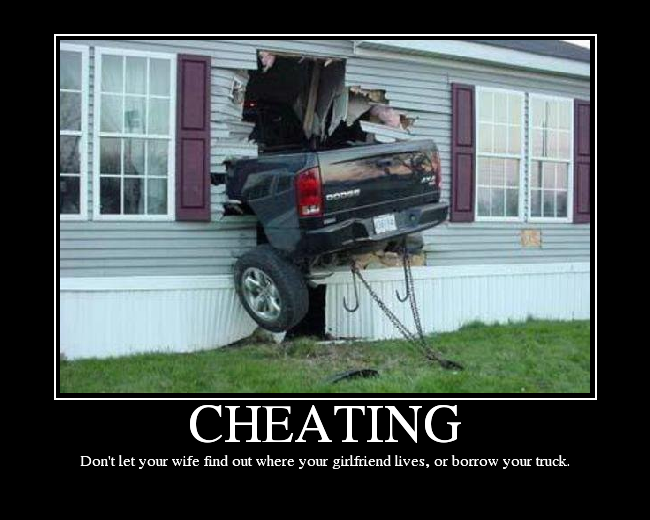 This is something that has been on my mind for quite sometime now but I’ve never actually voiced it before until this weekend when I probably heard ‘foul play’ called at least 30 times.  I’ve noticed in today’s gaming scene that it’s common place to call foul play everytime one’s self gets killed.  I’m not denying that there are hackers out there in the PC gaming and Console gaming industry, and in recent years the number of them have been growing but that doesn’t mean every time someone gets killed it’s because of a hacker.

Up until recently hacking was primarily a product of the PC gaming industry and for a time console gamers had been spared the horrors and extreme annoyance which is hacking.   However, in recent years, a number of hacks have appeared on console systems across multiple games and now our console brethern are suffering the same thing the PC industry has been facing for years.  The biggest problem with hacking in console based multi-player games is there is basically no way to ban or kick the person commiting the offense and thus they are forced to suffer through it.

Having said all of that I think it’s important to note that just because someone beats you doesn’t mean they are cheating.  People tend to call ‘foul-play’ because they think they should of won when in reality they just got outplayed.  Lets face it, we’ve all done it, myself included have screamed “hacker, hacker, hacker!!!” over Xbox Live or Ventrilo when we were unable to fathom how they beat us… we swear they were behind the corner when they shot us when in all reality it was most likely a lag spike, or the most likely culprit, we just got outplayed.

There are some individuals out there that are so good at the games they play that you would swear they were cheating.  I’m going to use an example of a kid I played in Halo 2 back when I was in college.  This kid wasn’t your typical gamer in the fact that he only had half an arm or an underdeveloped arm that never fully finished growing.  He was simply one of the best Halo players I have ever seen, and I’m good, or was good back several years ago.  No one could touch him and his final score had to be something along the lines of 30/2.  The fact that he had a ‘handicap’ just added to the illusion that he was cheating when in all reality he was just simply a much better player then me.

I’ve been accused of cheating many times and I’ve been banned for ‘cheating’ several times as well and I’m sure many of you reading this have seen and experienced similar things.  I’m happy and sad to say that doesn’t happen anymore, mainly because I’m not near as good as I used to be and thats simply because I don’t have the same reflexs at 26 that I had when I was 16.

While I do believe there are cheaters out there I don’t think they are every single person that kills me and neither should you.  It’s hard for us to admit sometimes that we just simply got outplayed.

Reply to Dug Out SystemsCancel reply