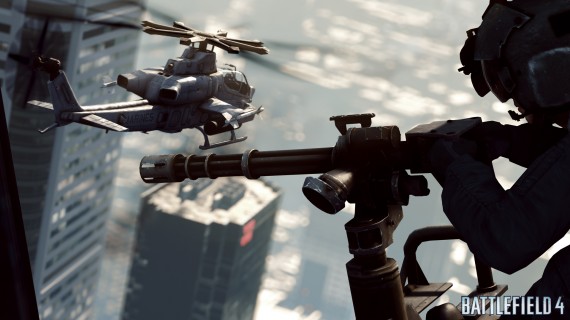 There is plenty to be excited for tomorrow coming down the downloadable pipe. The Battlefield 4 beta launches tomorrow for the Xbox 360, PS3, and PC. Tomorrow will be early access for those who have pre-ordered the digital deluxe version on the PC, or have Battlefield Premium for BF3, or still have a dusty, moldy copy of Medal of Honor: Warfighter. For those of you on the PC, you can start to preload the beta now, 360 and PS3 owners, it will be available to you when the respective stores update tomorrow.

For those of you looking for something a bit different, Quantic Dream’s fall release, Beyond: Two Souls, will be getting a demo tomorrow. The Heavy Rain developers new title will be out on October 8th here in the States, and you can try it out for yourself starting tomorrow.

On both the Xbox 360 and PlayStation 3, a new month rolls around and more free games are headed your way. Starting tomorrow, with your subscription to PlayStation Plus or Live Gold, you can download Kingdoms of Amalur: Reckoning on the PlayStation 3 and Heroes of Might and Magic: Clash of Heroes for free. There is plenty more coming to you in October for PS+ members including Shadow of the Colossus, Hotline Miami, Poker Night 2, and Sine Mora. There isn’t a game in the line up I wouldn’t recommend, if you have the hard drive space grab them all if you can. On the Xbox 360, starting on the 16th you will be able to grab Halo 3 for free. Though this isn’t the latest title in the series, it is certainly one of the best entries. Hopefully we see a revival in the multiplayer numbers when the game is free later in October.

There is plenty for all of you out there tomorrow coming down the virtual pipeline, even if you have a Wii U. The Wii U right now is enjoying The Legend of Zelda: The Wind Waker HD on the eShop service. The retail copy hits stores this Friday. Rain, a very interesting looking indie title coming to the PS3 this Tuesday is worth checking out as well. If you have a copy of Grand Theft Auto V, Grand Theft Auto is to launch tomorrow as well. This is include with every retail and downloadable copy of the game. Rockstar has warned that there maybe a few bugs/glitches, and that some of the content will coming shortly after launch. Hopefully there is something here for everyone, I will be very busy tomorrow with Battlefield 4, GTA Online, Beyond: Two Souls demo and checking out Rain.