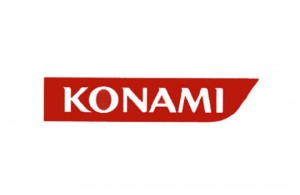 Today we concentrate on two companies with great legacies ranging back to the NES and beyond. I know that I have been taking one company per day but I have so much material that I will not finish in a week if I don’t combined some and I am sorry if there are ones that I should have included it was hard narrowing down to just a week’s worth of material; I could have easily done a month. But back to business, Konami has two industry greats that I am going to focus on and Namco has one. Hideo Kojima, the master of great games with convoluted plots, Koji Igarashi the Castlevania 2D expert, and from Namco Toru Iwantani, the father of Pac-Man.

Pac-Man is a game I could spend hours playing and never tire. I should own a Pac Man cabinet with as much quarters I have spent on that game. Pac-Man is the most renown arcade game and with good reason. The game was made by Toru Iwantani back in 1979 when he wanted to do something different than create pinball tables for Namco. He wanted something that would appeal to everyone; the subject of eating was perfect.

“The actual figure of Pac-Man came about as I was having pizza for lunch. I took one wedge and there it was, the figure of Pac-Man” – Toru Iwatani.  P. 138 the Ultimate History of Video Games, Steven Kent.

Food was even the reason for his shape, as would be for the ways to earn bonus points in the game.  Pac-Man was a huge success selling in an excess of 100,000 units in the U.S. alone. Iwantani would never see anything for the vast success of Pac-Man. Iwantani left Namco in 2007 but his legacy lives on. There has been a great retro remake of his masterpiece with Pac-Man Championship Edition and Championship Edition DX (which has become one of my favorite XBLA games). Even the great Shigeru Miyamoto has taken a shot with Pac-Man with the seminal Pac-Man VS.  Pac-Man was immensely popular for a reason, great simple game play. Despite Pac-Man being older than I am, is a timeless classic that can still be enjoyed by everyone of any age. 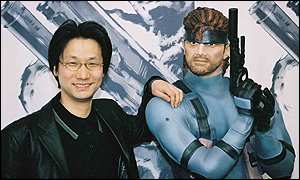 Konami hit the jackpot in the PlayStation era. They had two great designers that would create some of the best games on the console, Hideo Kojima and Koji Igarashi. Hideo Kojima was making games well before this with the Metal Gear series during the NES, but really never hit a grand slam till Metal Gear Solid. The PlayStations technology opened the door for game designers to give their games a more cinematic approach. Resident Evil, Final Fantasy (7-9) and Metal Gear Solid are excellent examples of this. Metal Gear was special. It had great protagonist in Snake, tight, tactical game play that lead the way for games such as Tom Clancy’s Splinter Cell, and story that was deeply rooted in government conspiracies. The first time I played MGS was on a free demo disc that Pizza Hut handed out, that demo lead to a purchase and several more down the course of the series. Even with the release of MGS4 on the PlayStation 3 back in 2008, Metal Gear Solid on the PlayStation still captures me like none of the sequels have. Kojima Still heads up Kojima production a development house for Konami. Despite creating other games that deserve recognition, Zone of the Enders and Boktai, his Metal Gear series will be his legacy.

Castlevania: Symphony of the Night was the other hit Konami had during the days of the PlayStation. Ever since this title Koji Igarashi would produce the Castlevania series, from the 3-D outings on the PlayStation 2, to the great 2D games on the DS. Igarashi was responsible for the design of SOTN in which it wasn’t a level by level progression; it was an open castle for you explore. Between SOTN and Super Metroid they coined the term Metroidvania that would describe any game that was designed from this type of exploration, most notable was the XBLA Shadow Complex. Igarashi would produce the 3 great DS titles, Dawn of Sorrow, Portrait of Ruin, Order of Ecclesia, and the XBLA Harmony of Despair. Unfortunately, Igarashi had no hand in the Castlevania reboot, Lords of Shadow.

Another day, another great group of people that has given us great titles throughout the years, I will continue with these articles through Saturday. Up tomorrow will be a Tecmo and SquareEnix/Mistwalker and then on Saturday will be Nintendo. Again, if I have missed games or developers you like, I apologize. Narrowing people down to write about has been difficult, there are just so many great people in this industry; I wish I had all the time in the world to write dedication pieces. I hope you all are enjoying them, I will see you tomorrow.