Listen to this: OverClocked Remix 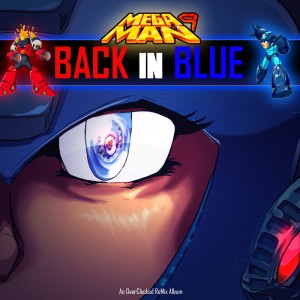 I am a huge fan of the music in video games. I have several soundtracks that have been sent to retail and find it to be one of the most critical points in encompassing a player with that immersion factor I always talk about. Does good music make for a good game; no. I’ll be the first to criticize one of my favorite games; Advent Rising. The music was first-rate to the point I over looked the glaring issues it had, and it had several. The game play was mediocre and there were graphical glitches abound, but the music drove home the struggle and hope of the story that it turned what would have been mess of a game into something serviceable. There have been countless games and soundtracks that have become gaming culture icons. What if you took this iconic music and let dedicated fans put their personal spin to these classic tunes? Enter OverClocked Remix.

I first learn of this talented community when the Super Street fighter 2 HD Remix was launched on the XBLA and PSN in 2008. They provided the soundtrack and were available for download shortly after launch and I have fallen in love. The community at OverClocked does renditions on hundreds of game compositions, everything from Mass Effect, to Mortal Kombat, to Mega Man, and to Sonic the Hedgehog. Hearing the remixes puts a different spin, the remixes range from metal, to arena rock, to techno, to even softer acoustic ones, to grandiose symphonic arrangements. I have listened to their remixes at work, in the car, while putting together articles, and even in the shower. This music is free to anyone; normally they ask you download it from the site via torrent to keep bandwidth at a minimum, though you can just get it from the site as well. The music ranges from a single song to entire albums, again all free of charge. These are some really talented musicians as well as dedicated fans of our industry we hold dear. All of the music can be previewed and downloaded via mirrors or bit torrent at ocremix.org. I will leave you with some of my favorites at the bottom let me know what you think and if you have downloaded any of this wonderful music yourself.

picture – “Eye of the Rock” by Alex Graziano, Cyrus, djpretzel; artwork from the Mega Man 9: Back in Blue album

I apologize for the crudeness of some of the videos, all of downloads from ocremix.org are in MP3 format and sound much better.