No Comments on Miami hotline review 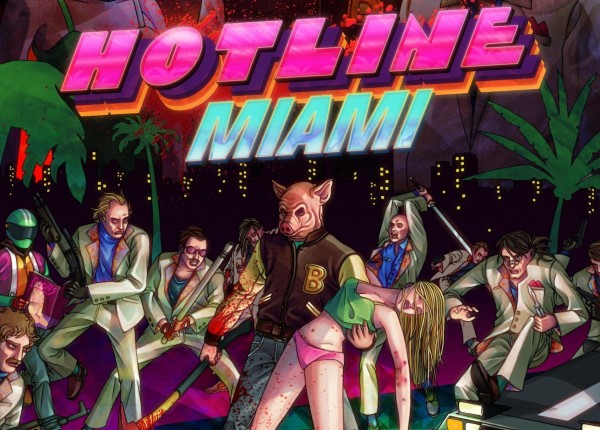 I’ve been around the gaming industry for a long time and one of the pre-conceived notions I’ve had as it’s grown and changed over the years is that new games should have amazing graphics and they should get better with each installment. With that said when I first saw Hotline Miami on Steam I simply ignored it.  I didn’t even consider it until CABXYZ told me that I should give the game a shot.  At his suggestion and my insatiable need to get my Summer Getaway 2013 badge on steam I decided to pick it up.

Firstly I want to say that at $2.99 it felt like highway robbery… of the developers.   Even at the $9.99 price tag I feel the developers are under charging for this title.  I would of gladly paid $20, $25 maybe even $30 dollars  for it and that’s saying a lot consider that it’s an 8bit over the top shooter.

Graphics – this doesn’t really apply here but that doesn’t mean the presentation can’t be cool and entertaining.  If there is one thing I’ve learned it’s not to judge a book by its cover and that’s what I did sadly with Miami hotline.  Half the battle is making a solid presentation with everything from the smooth menu, solid gameplay, and interesting animations.  Everything from the blood spatters to the interesting cut-scenes make the whole presentation complete

Sound – This is one of the top highlights of the game.  We at TGB absolutely loved the sound track.  I loved it so much I actually went and purchased the soundtrack.  It was that good and it’s one of my favorite in a game in recent history.  Obviously this isn’t a 5.1 surround game but the soundtrack is definitely the winner.

Gameplay – since this isn’t a high-powered game it’s exactly what you’d expect it to be… ultra smooth.  The game plays smoothly and it has a vast array of weapons to use ranging from your fists to guns and throwing knives.  I played the game with Mouse and Keyboard but you can also play it with a controller on the PC version or you can get it on the PS3, Vita and Xbox360.

Story – if there was a weak spot there it’s probably the story.  It’s not bad by any means but it was slightly confusing and mildly absurd but then how many games aren’t.

Value – I played through the game in about 8.5 hours.  So for the measly $2.99 I paid for it I got a hell of a deal.  This game has a ton of replay value as well as some of the achievements will require you to play several missions over and over again and to boot they are a blast to play.

Challenge – This is something I generally don’t cover because I feel that most games are designed to appeal to the masses and not to the ‘hardcore elite’ of games and thus they are designed to be simple, easy and sometimes mindless.   I’m thankful to say that Miami Hotline does not fall into this trap and it’s very refreshing.  There were more than a few times that I actually wanted to throw the keyboard out the window.  Miami Hotline saves are really what drive the challenge.  They aren’t annoying but they are similar to older games.  If you die at ANY point during one of the stages you start all over again.  Most of the missions have 2 – 4 stages to further that everything is one hit kill so if you get hit or shot even once… you start over.  You will die and die often… there is even an achievement for it.

In short Miami Hotline is a must buy and is one of my favorite indie games to come out since Mount & Blade.  If you are a fan of the Super Nintendo or consider yourself a gamer period this is a MUST have game for your library. 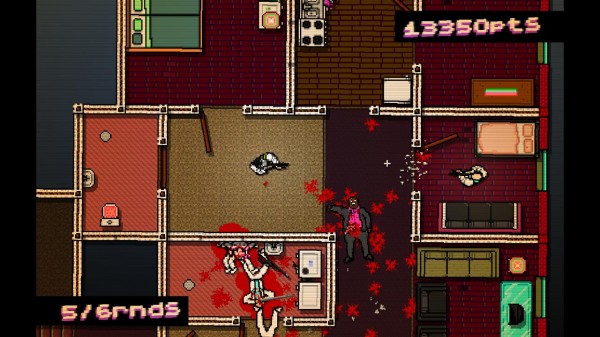 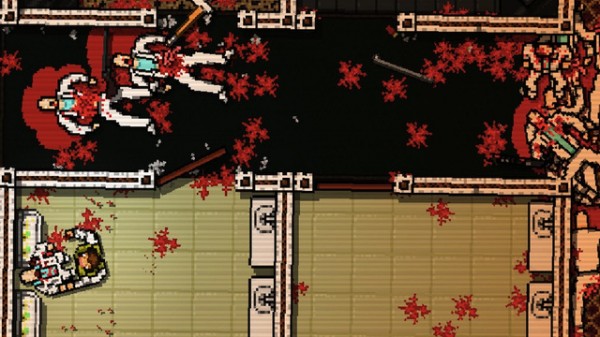