MMORPG Update: Dawn of the Aspects

6 Comments on MMORPG Update: Dawn of the Aspects

The first part of the Dawn of the Aspects ebook series written by Richard A. Knaak is now available for download from Amazon or through iTunes. This will be the first of five installments and the series focuses on the former Dragon Aspects losing their immortal powers after defeating Deathwing, and before they first became Aspects in the time of the proto-dragons. I think I know what I’ll be doing this afternoon! The first part is only $3.20/€3,07/£1.99. 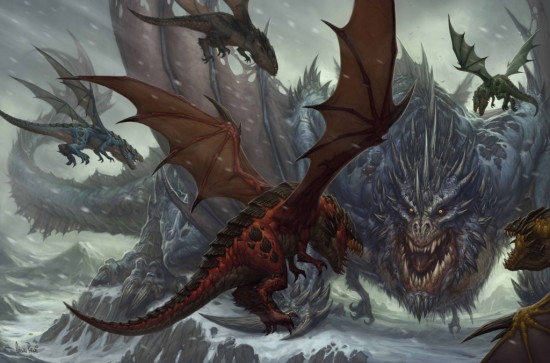 THE AGE OF DRAGONS IS OVER.

“Uncertainty plagues Azeroth’s ancient guardians as they struggle to find a new purpose. This dilemma has hit Kalecgos, youngest of the former Dragon Aspects, especially hard. Having lost his great powers, how can he—or any of his kind—still make a difference in the world?

The answer lies in the distant past, when savage beasts called proto-dragons ruled the skies. Through a mysterious artifact found near the heart of Northrend, Kalecgos witnesses this violent era and the shocking history of the original Aspects: Alexstrasza, Ysera, Malygos, Neltharion, and Nozdormu.

In their most primitive forms, the future protectors of Azeroth must stand united against Galakrond, a bloodthirsty creature that threatens the existence of their race. But did these mere proto-dragons face such a horrific adversary alone, or did an outside force help them? Were they given the strength they would become legendary for… or did they earn it with blood? Kalecgos’s discoveries will change everything he knows about the events that led to the… DAWN OF THE ASPECTS.” (battle.net website)

The former Dragon Aspects are on the brink of going their separate ways when Kalecgos discovers a mysterious artifact that allows him to see through the eyes of his late predecessor, Malygos, and Kalecgos is transported to a time where the Aspects were no more than primitive proto-dragons. Across Kalimdor’s northern plains, they fought for survival against each other and the terrifying and dominant Father of Dragons, Galakrond. Where did this strange artifact come from? Are the visions a gift or a curse?

When will you be able to get the next installments?

Reply to More About The AuthorCancel reply