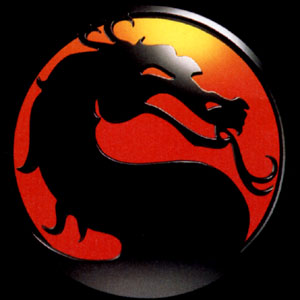 On April 19 the world will be treated to the first true Mortal Kombat game of this generation. (Yes I know MK vs. DC was on this gen but it doesn’t count) Violent, bloody, and full of bone crunching thrills; the new game, entitled Mortal Kombat, is a reimagining of the first three games of the series. The game play resembles those titles by going back to the 2-D plain roots while retaining some of the move sets added when the game went 3-D. The combat reminds me of the MK2; there is no run button, there are combos but the combat does not rely heavily on them, and the tone is a hint of MK1 with no signs of dumbass finishers (Babalities, friendships, brutalities, and animalities), just an epic, brutal tournament held in outworld. We would not have this culture impacting series if Jean-Claude Van Damme was too busy with another project; yes, mister Universal Soldier had a very large impact of the history of this revered franchise.

The first “Finish Him” takes arcades by storm….

In 1991 Midway wanted to produce a fighting game compete with the growing popularity of Street fighter. Ed Boon and John Tobias, the creators of the franchise, wanted to use Jean-Claude Van Damme for the game but he was currently tied to another game that would never see the light of day. On a coincidental note, he would go on to play Guile in the Hollywood adaptation of Street Fighter, Mortal Kombats largest competitor. Johnny Cage would be the nod to Jean-Claude in the game, being a high profile action star and even retaining his initials. So Boon and Tobias went with plan B and created a fighter with digitized actors with a more realistic feel unlike the cartoon sprites of Street Fighter. The game had 7 fighters (Johnny Cage, Kano, Raiden, Liu Kang, Scorpion, Sub-Zero, and Sonja Blade), each character playing identical to the next, except for their special moves. What set this game apart from its competition and gained the attention of the media and the senate was the blood and gore. When one of the characters won the best of three rounds the announcer would yell the infamous “Finish Him or Her” and a bloody death would ensue, normally consisting of heads exploding or being ripped off, and a few special ones like Scorpions “Toasty” fatality of lighting someone on fire. Blood would fly from characters when receiving an uppercut or roundhouse kick or during special moves; landing on the ground and only staying there a few seconds. In 1992, Mortal Kombat would be unleashed in arcades and would be a resounding success, but success came with a price. Mortal Kombat would become one of the prime games that Senator Joseph Lieberman and Herb Kohl would sight as being too violent and pushing the industry to regulate it’s self. Out of these hearings the Entertainment Software Rating Board or better known as the ESRB was born and has regulated the industry ever since. The game was ported to the Sega Genesis and Super Nintendo in 1993. There was much debate to the SNES version of the game due to its censorship, the blood and gore had been removed. The Genesis version was held intact but there was a code to activate what had been stripped of the SNES port. To this day I still know the code (A, B, A, C, A, B, B) and still have my original Genesis copy. 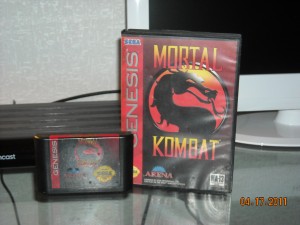 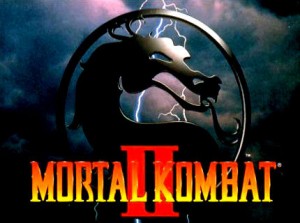 The series began and died with two….

In 1993, Mortal Kombat became a franchise spawning one of the greatest fighting games of all time Mortal Kombat 2. MK2 was everything the original was and more, better graphics, better sound, more fighters, and more over the top violence that would cause senators to cringe. The game had a darker tone and played faster and smoother than its predecessor. There were now two fatalities per character and the inclusion of more stage fatalities as well as the roster being expanded to twelve combatants, Kano and Sonja the only characters that were not included in the sequel, though can be seen in one of the arenas. As well received as the game was there were some questionable design choices that threw the game into obscurity with the inclusion of the “alities”. MK2 would have some very memorable fatalities, but every fighter was equipped with Babality and a Friendship finisher both of which were non-lethal. I was not a fan of these, the Babality would turn your opponent into a baby, that was all; a huge waste of time. The other, the Friendship was humorous, normally with characters giving gifts or honking clown horns, was worth a few laughs but ultimately useless. Including these types of moves was a distraction. A game built on ultra real characters killing each other to win; blood and gore flying everywhere and at the end a shrunken down version of that character and a baby cry. Yep, all that intense fighting to hear an annoying kid crying and throwing the darker appeal of the game out the window, crushing your pride as the victor. With the inclusion of these types of finishers, the franchise would go into a tailspin into the world of bizarre finishers and characters. Let’s take out staple characters and break the Kombat….

It wasn’t till 1995 that MK2 would receive a sequel, the notorious Mortal Kombat 3. This game was a departure from the previous games in terms of combat and over all feel. The run button was added, giving players a one up on other players defending as well being implemented into the new combo mechanic. The combat focus more on combos, some being ridiculously long strings of button combinations, and made combat feel faster but not as satisfying. The roster was widely changed removing several fan favorites such as Scorpion Johnny Cage, and Raiden; while replacing them with the likes Striker (he was my favorite to practice moves and fatalities on because he just screamed douche on so many levels, I still hate this asshat of a character). Some characters from the previous games were kept but radically changed, Sub-Zero was unmasked and given a ridiculous red “scar”, Shang Tsung now had some greasy long hair and some bad eye makeup, and Jax now had “robotic arms”, all of which came off being pretty lame. There were some new faces that would be a nice welcome and would be included in future entries such as Night Wolf, Kabal, Cyrax, Sektor, and Smoke (now a cybernetic Ninja). Shao Kahn would remain the villain but his lackey fight would be dreadful; you would face Motaro, a Centaur (they officially ran out of ideas at this point). The Stop motion character models would look better than ever but the technology was becoming increasingly dated. Several graphical glitches would happen during fatalities and the stop motion Motaro looked out of place alongside the highly digitized actors. The game would go on to be a hit despite the major changes and would spawn two upgraded versions, i.e. Street Fighters “Super” series. Ultimate MK3 would bring back some of the favorites that were lost in the sequel such as Scorpion, Reptile, Kitana, and Jade. Mortal Kombat Trilogy would follow after but only on the home consoles. This release would include every character to date accompanied by a few new fighters such as Chameleon, Rain, sub bosses and Shao Kahn. Mk3 also added more absurd finishers with the inclusion of Animalities, where the victor would turn into an animal and kill the opponent. If you thought the creative steam dried up there a finisher that was specific to Mortal Kombat Trilogy was the Brutality, an 11 button combo that ended in the vanquished player exploding into bits. (I am going to go home and beat some ground beef 11 times in hope of it exploding!* picture below). MK3 almost ruined the series for me. The dark, violent game I knew was now violent and goofy for no reason, but redemption is at hand. 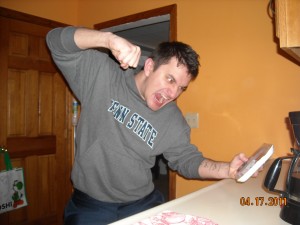 Fill the next 15 years with a rollercoaster ride of sequels….

After MK3 the series would make its leap into the 3rd dimension. MK4 would be a failure at the arcades though had a fun home port that never would live up to its predecessors. Mortal Kombat would start fresh with a string of titles on the 6th generation hardware, Mortal Kombat Deadly Alliance, Deception, and Armageddon (which would be the new “Trilogy” and incorporate every character in the MK universe). They were received well and brought the series into proper 3-D and gave back the series its relevancy. In 2008 Mortal kombat would share the ring with the like of DC comics in Mortal Kombat vs. DC Universe. Due to DC, this would be the tamest Mortal Kombat in history with very little blood and most fatalities been toned down to earn the game a Teen rating from the ESRB.

Let’s make like Goro, break it in half, and throw it to the ground…..

In 2009 Midway filed bankruptcy and Midway Chicago (the studio behind the series) would land at Warner Brothers interactive and find rebirth as NeatherRealm studios. The new studio, still lead by series creator Ed Boon, is crafting this reboot of the franchise and a glorious return to the dark and violent. The game’s story line will take place between 2 and 3 while ripping out the spine of those games and just keeping the meaty parts that count. The game will be a 2.5D fighter in the vein of Street Fighter 4, and will be limited to two fatalities per character with various stage fatalities as well. The various “alities” of yesterday have been scrapped and a new meter has been placed at the bottom of the screen. This meter acts almost like the combo meter in Street Fighter 4. Hitting the first level will cause special moves to increase in attack, the second to be a hit breaker, and the third to initiate the new “X-Ray” attack that focuses on breaking bones and puncturing organs for massive damage. 26 fighters will be included with more through DLC and classic costumes available with purchases at different retailers. On April 19th prepare for Kombat and add a classic fatality to daily gaming diet.