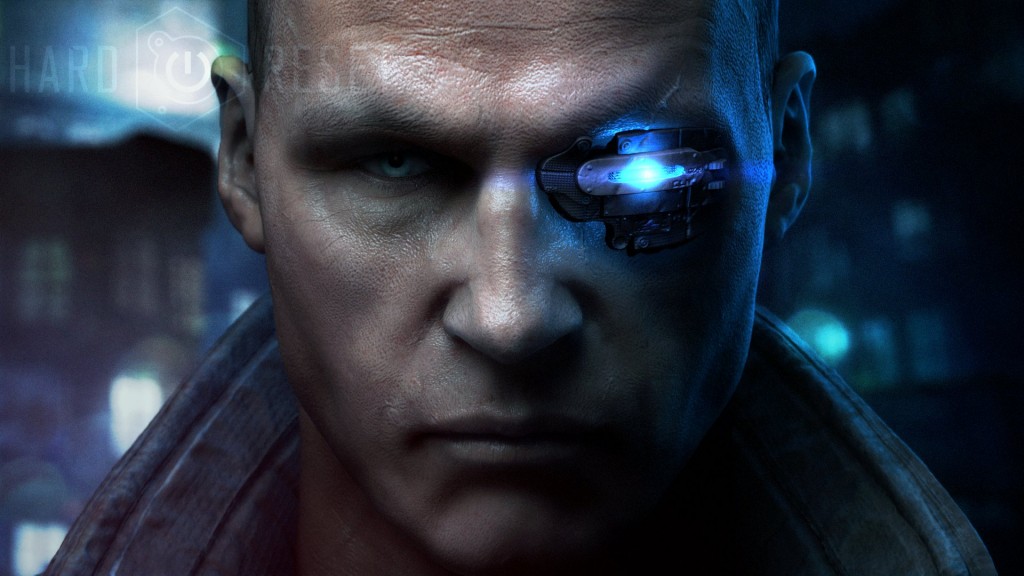 A new studio has entered the FPS market and is developing a new FPS exclusively for the PC.  The game is classified as a dark sci-fi FPS,  Hard reset takes place on a world where humanity is on the verge of extiction after being occupied by robitic forces.  Similar to that of the matrix or perhaps I robot.  Players take on the persona of a combat veteran Major Feltcher and defend humanity’s last remaining city called Bezoar.   There aren’t many other details to go on at this time but we will bring them to you as they become more prevalant

This is news indeed considering that very few titles now days are platform specific and fewer still are PC platform exclusives.  I have to say, personally, I am happy to see a company develop a game exclusivly for the PC as the PC platform has been greatly neglected with the enormous success of the PS3 and Xbox 360.  While details are scarce, the available screen shots look impressive and hopefully they can bring a good SP story to boot.

It’s a rough market out there for developers, especially developers who are platform and PC specific and with big hitter titles such as Call of Duty, Battlefield, Half-Life, Counter-Strike and Team Fortress 2 it’s going to be an uphill battle but that doesn’t mean they can’t be successful.  A few years back a unknown company, CD Projekt, showed up on the scene with it’s extremely successful title ‘The Witcher’ and sold over a million copies and it’s sequel has just as well if not better and is now scheduled for a multi-platform release.