No Comments on Nintendo Direct 1/23: The Mind Blowing Edition 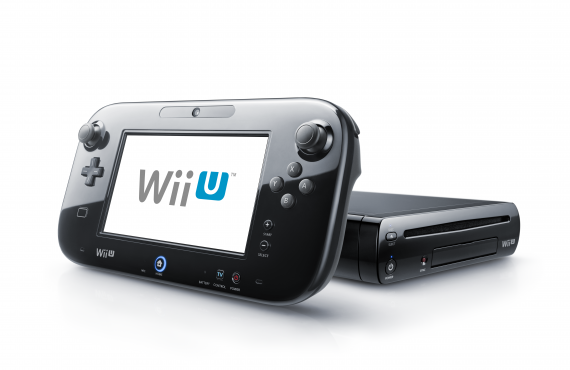 Early this morning Nintendo held an other episode of Nintendo Direct, their video streaming media conferences. The big thing this morning was the Wii U and titles for the newly launched console. The Wii U has been a little lacking in the software since its launch but things are about to heat up here is what Iwata-san had to say this morning.

MiiVerse – Iwata-san showed off some of the great experiences that I have already been having on the MiiVerse, such as interacting with what others have posted, being able to share screen shots easily, and taking in some of the great hand drawn art that is all over the MiiVerse. There are some new updates that are coming, here is a list

– Anyone with a check mark in their Mii profile picture is an official account, such as developers, publishers, any one from Nintendo, PR folks, Etc.

– There will be the ability to create user communities.

– More than one official community per title.

– They will be adding a smart phone app in time to stay connected to the MiiVerse.

There will be not one, but two Wii U console updates coming down the pipeline; one in the spring and one in the summer. There will be a list of improvements coming, but the two big issues Iwata-san hit was that software will launch faster and returning to the Wii U menu speed will improve as well.

After the update for the spring is complete, the Wii U Virtual Console will launch. NES, SNES, and GBA (to be added at a later date) games will be available and will have the following features:

-Save back up progress.

– The ability to play solely on the gamepad.

Those who bought games on the Wii Virtual Console but want to play these titles on the Wii U, with the added functionality, you will not have to buy the games over again at the same price. If you own the Wii NES VC title, the Wii U VC title will cost you just $1.00. If you own the Wii SNES VC title, the Wii U VC title will cost you $1.50. It nice to see Nintendo asking for just a pinch for the upgraded functionality and that you don’t have to buy the title all over again. Along with the Virtual Console launch, Nintendo is celebrating the 30th anniversary of the Famicom (NES in the States and Europe) with a 30 trial campaign. Over the next several months, starting this month, there will be one VC game available to download for 30 cents, but the deal only last for 30 days. So in a nutshell, one game a month and for those 30 days the title will be available to download for a paltry 30 cents, but after the 30 days it goes back to the regular price. Here is the list of the games below.

This is an effort to have more people try the VC console games and all of the games in the promotion will have the Wii U VC added functionality. Again these games will be available for 30 cents, $2.10 for all of them if you act with in the 30 day limit for each. That is more awesome than what $2.10 can buy you anywhere else.

The last bit focused on games for the Wii U and I will list some of the detail below. Also I will post the video in its entirety below so you can get a good look at all the awesome coming from the house of Mario.

Pikmin 3 – the gamepad will be able to be used as an in-game camera so that you can share action shots and enviroment shots on the MiiVerse.

Game videos showing off The Wonderful 101 and Bayonetta 2 and the development at Platinum Games.

Big news to come at E3 – A new Mario Action title from the developers of the Mario Galaxy series and Super Mario 3D land, a new Mario Kart entry for Wii U. Both of these titles will be announced (properly) and playable at the show. Also Sakurai-san will be showing off screen shots of the new Smash Bros. titles at E3 as well.

There will be a new Yoshi game from the developers of Kirby’s Epic Yarn. The game will feature the same yarn and material textures from the Kirby game. This will be the first new Yoshi game since Yoshi’s Story on the N64.

A quick video was shown that there is a collaboration between Atlus and Nintendo in the form of Shin Megami Tensei X Fire Emblem. No clue what shape the game may take, nor do I care. I am very intrigued.

Aonuma-san took the spotlight as he announced that a all new Zelda title is in development but in the mean time there is going to be an HD remake of The Legend of Zelda: The Wind Waker. New, Upgraded graphics, tuned up experience, playable on the Gamepad, and connected to the MiiVerse. How many minds were blown over this announcement?

The last video was that of a new game from Monolith Soft, creators of Xenoblade Chronicles, dubbed X. It looks like a cross between Monster Hunter and a bit of Robotech, which is 110% awesome.

As I stated above, the video in it’s entirety is post below with all the details and videos of the games I went over. Who else is a happy Wii U owner?