6 Comments on One Launch Title Announced More at E3 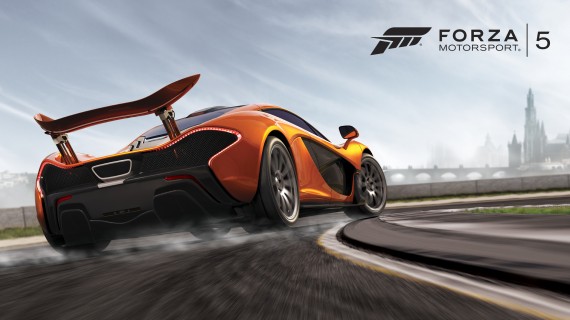 Despite all the hoopla this morning there was only three games shown, Call of Duty: Ghost, a new Remedy title by the name of Quantum Break, and Forza Motorsport 5. We kind of knew a new Forza title was in the works, and today Turn 10 showed off the tire shredding visuals of Forza Motorsport 5 running on the Xbox One hardware. The previous iterations were no slouchers in the visual departments and always running (outside of Horizon) at a blistering 60 FPS. Forza has been the simulation racing king this generation out shinning Gran Turismo in may aspects. The video showed a McLaren P1 racing against a McLaren F1 in a dynamic race that was “in-engine”. If the visuals look like the screen shots and the video I will be extremely impressed for the first wave of Xbox One titles. Check out the video below for the only launch title we know at this time for the Xbox One, Forza Motorsport 5. Any guess on what the cover car will be? I will give you three guesses and the first two don’t count. Forza Motorsport 5 will launch this year along side the Xbox One.