No Comments on PlayStation Update: Fuse and some Crimson Butterflies 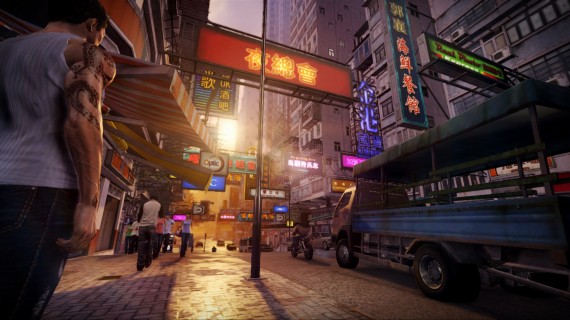 This week’s PSN update is rather small compared to previous weeks, but that doesn’t mean there isn’t some great stuff that was added. First off we have the demo for the upcoming Insomniac Games third person co-op shooter, Fuse. I played the 360 demo with some friends yesterday and it went from not being on my radar, to a purchase come the 28th. Next we have a PS2 classic that is more than likely going to scare your pants off. Fatal Frame 2: Crimson Butterfly hits the PSN with all its creepy glory. The PS2 classic will run you $9.99. If you are a PlayStation Plus member then this week you are in luck as Sleeping Dogs is added to the Instant Game Collection. Sleeping Dogs was a hit in my book. I loved the setting of Hong Kong, the Batman Arkham series like combat, great voice acting, and a serious tone on the GTA formula. If you are a PS+ member and have been hesitant, there is no better time to jump on this underrated gem. Sadly that is about it for the highlights this week. Injustice does get the add on character Lobo, which will run you $4.99 or he is free with the season pass. There are a few price changes to highlight. Assassins Creed III: Liberation (Vita) is now down to $26.99, Doom 3: BFG Edition (PS3) is now down to $19.99, and Catherine (PS3) hits down to the $19.99 price tag as well. For everything here and anything that I didn’t cover head over to the Official PlayStation Blog for all the details.