26 Comments on Printed Manuals No More? 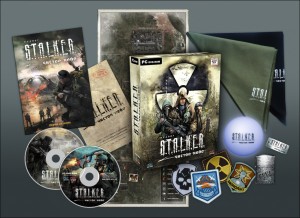 No more manuals? Ubisoft announced this week that they will be ditching the trend of printing instruction manuals for new games under the “green” initiative.  While no other publishers have jumped on that “green” train just yet it is likely that others will follow suit.

Printed manuals have been part of gaming since you bought PC games in plastic bags.  There have been many stand out eras for manuals such as the NES-era booklets to the manuals that accompanied Electronic Arts vinyl-sized game sleeves.  Some may argue that the advancement in on screen contextual commands, first level tutorials have made the manual pointless but is this really the case?

“It’s yet another example of the anti-consumer tendencies of big companies under the guise of fictional “green initiatives,” and I don’t want anyone to get it mixed up. Apart from the use of instruction manuals, and what they may mean (or not mean) to us, let’s get one thing straight: any publisher who decides to forego including printed instruction manuals with their games will save the money they have to spend on authorship of the document, putting it together, publishing it, et cetera and so on. And you better believe that none of that savings will be passed on to the consumer. You can take that to the bank.” Say Colin Moriarty at IGN.

Anti-Consumer tendencies are starting to become the trend with big publishers, MW2 is a prime example of this, stripping everything out of the PC version that made it a “PC” title and then charging $10 dollars more to boot.

Thankfully, I think consumers are starting to catch on to these trends and starting to speak out against them.  The outrage over Ubisofts recent DRM fiasco shows what outraged customers will do.

On  a personal level this will be saddening for me to see go.  Even now at the age of 25 when I? get a new game that I am excited about I make my wife drive me home and I read the instruction manual on the way there like a giddy school girl.  I also think, especially in some of complicated games, that in game manuals provide a much more in depth look at that game.  They give far more commands and button configurations that the player otherwise would have to figure out.  NHL 10 has 5 pages of just different commands you can do.  You can’t cover all that in a “In Game Tutorial”.