No Comments on psn Update: Capcom classics converge against the Patapon 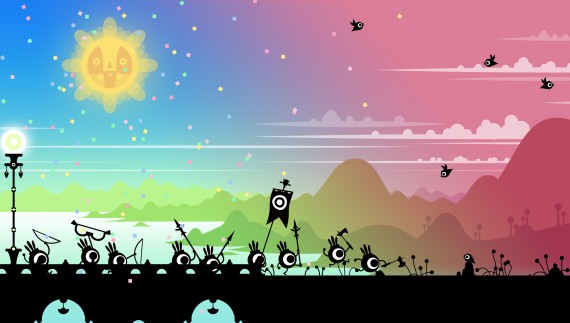 This week we see Capcom’s Arcade Cabinet hit the PSN as well as one of my favorite PSP series, Patapon, hits the Vita with Patapon 3. Urban Trial Freestyle is out for both the PS3 ($14.99) and the Vita ($9.99), it tries it hardest to emulate the superb Trials: Evolution that is available on the 360, but does so with poor results. Capcom’s Arcade Cabinet is much like Pinball FX 2 on the 360, a hub where you can try and buy classic Capcom arcade games. The first titles available for the cabinet are Black Dragon, 1943 (a personal favorite), and Avengers (no association with Marvel). Each title will cost you $4.99 and you can have infinite continues in Black Dragon so have at it. Patapon 3 ($19.99) joins Patapon 1 & 2 on the PSN, which I just downloaded 2 again to my Vita, so go get your Pata, Pata, Pata, Pon on in this great rhythm action series. Sorry for the crude joke. New to the PlayStation Plus Instant Games Collection is Vanquish, a great third person action game from acclaimed developer Platinum Games and lead designer Shinji Mikami. I played through the game last year and had a blast, its a little short but made to be played multiple times. Also added to the Instant Game Collection is one of my favorite SNES games of all time reimagined on the PSP and is now available to download to the Vita, Mega Man X: Maverick Hunter. Maverick Hunter adds new animated videos, 3D graphics, while keeping the gameplay true to the original. I still have my UMD but may have to download it again to the Vita, one can never have too many copies of Mega Man X. As always, head over to the PlayStation Blog for all the details and anything I didn’t highlight. This is a great week on the PSN and could be a great week for Sony if all goes well with the big announcement tonight.