No Comments on Sony’s UMD passport program for Playstation Vita 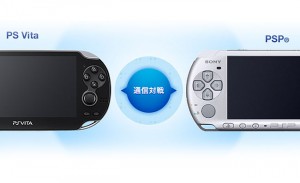 Sony’s Playstation Vita will release in the USFeb 22nd, about a couple months after it releases inJapan. For those of you who already have it pre ordered and are planning on hanging on to your old PSP for continued use of your UMD’s Sony has a solution for you. (however bittersweet it may be). Sony has come up with the UMD passport which allows the user to use the PSP to register their UMD allowing them to then download the same game onto their PSVita. A special application will be available in the PS store to download to the PSP which can be used to register a UMD game. While this may seem like a sweet deal that makes the users prior investment last even longer there is a down side. The UMD passport comes with a catch, that’s right you guessed it, a fee. Essentially registering your old UMD only allows you to buy the same game again at a discounted price.

The logic here does in fact make sense, as someone buying a PSVita could borrow all the UMD’s from a friend who isn’t getting the PSVita, register them and then download to their new PSVita, which they still could, but not for free. Problem here is that not every UMD game is supported, only about 200 at launch, and buying the same game twice doesn’t really make sense unless your going to trade your old PSP and all its games after you register them. Not to mention the fact that when you download a registered UMD it wont be re-mastered so it will still play in its original low resolution, textures, etc. so your really just paying extra for the ability to play your already purchased games on the PSVita, is it worth it? Paying for a game you already own may be a difficult thing to accept but one cant really hate on Sony for implementing a fee here either, I mean lets be honest, were all a bunch of liars.

Either way at least they aren’t leaving the PSP community high and dry, they are at least giving options here. Now all you have to decide is whether or not its worth it to carry around extra hardware, pay a few bucks for a downloadable copy or simply give up on PSP altogether and start fresh with the PSVita.