2 Comments on Steve Jobs Resigns as CEO of Apple 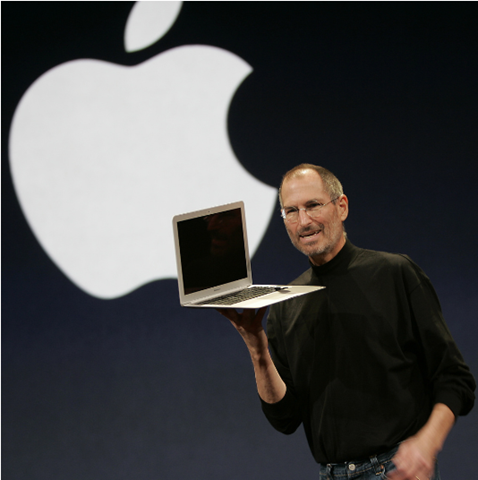 In a statement released by Apple’s Board of Directors earlier today they announced that Steve Jobs will be stepping down as Chief Executive Officer of Apple effective today. The executive board then elected Jobs as Chairman of the Board so he will still be involved in Apple to some extent. Replacing Steve Jobs will be Tim Cook Apple’s Chief Operating Officer responsible for worldwide sales and operations.

Art Levinson, Chairmen of Genentech, stated on behalf of Apple’s Board:

“Steve’s extraordinary vision and leadership saved Apple and guided it to its position as the world’s most innovative and valuable technology company. Steve has made countless contributions to Apple’s success, and he has attracted and inspired Apple’s immensely creative employees and world class executive team. In his new role as Chairman of the Board, Steve will continue to serve Apple with his unique insights, creativity and inspiration.”

Levinson also stated that the Board had complete confidence in Tim Cook and that he was the right choice to be Apple’s next CEO.

When Jobs submitted his resignation he also strongly recommended that Cook be his replacement as CEO in a personal statement noted here:

I have always said if there ever came a day when I could no longer meet my duties and expectations as Apple’s CEO, I would be the first to let you know. Unfortunately, that day has come.

I hereby resign as CEO of Apple. I would like to serve, if the Board sees fit, as Chairman of the Board, director and Apple employee.

As far as my successor goes, I strongly recommend that we execute our succession plan and name Tim Cook as CEO of Apple.

I believe Apple’s brightest and most innovative days are ahead of it. And I look forward to watching and contributing to its success in a new role.

I have made some of the best friends of my life at Apple, and I thank you all for the many years of being able to work alongside you.

So what do you guys think?  Will this affect Apple’s future? Do you care or are you clutching your Iphone curled in the corner crying why? Why? Do all the good ones have to leave?…. Haha.  I personal haven’t been a fan for some time now because of the ironclad control they keep over their hardware and software squeezing out us little guys who like to tinker and create our own builds! Who knows maybe Apple will bring back the golden age of the Mac once again, but only time will tell!