4 Comments on Subscriptions VS Microtransactions 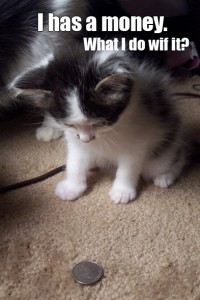 With advancements in gaming come new ways for the industry to get our money. However with EA giving way to the “online pass” codes trend we see gaming heading in a new direction. Now we see free to play, pay to play, and all thats in between popping up all over.

Subscriptions – Ahh the familiar feelings. Pay for a month? Three months? A year? Two years? Hopefully this game lasts that long. Subscription based games rode the MMO wagon to become a standard for a lot of games and gaming services. I am sure the first guy to see a pay to play game said, “Ha! That will never work.” Now that same guy does his best to scrape together enough money to get another month of WoW access like a crackhead getting his fix. Success in the MMO world led Micrsoft to charge a subscription for its Xbox Live content. Even Playstation Network finally  jumped on the bus when they saw how successful it was. More and more we are starting to see new games released with pass codes or codes for add-ons. Now whispers are being heard of possibly charging a flat subscription fee and getting access to all the new content as it comes. Will you want to pay for Xbox Live, a new game, and a subscription for playing that game? Seems a bit much to me.

Microtransactions – The other side of the coin. Microtransactions are the newest fad in the gaming world but they actually aren’t as new as you think. Xbox Live charges microtransactions everytime a user buys Microsoft points. What is newer is the way these transactions are presented. They are wrapped secretly in a “free to play” game. A perfect example is League of Legends, a top down action real time strategy tower defense game. It is absolutely free to download and play. Everything can be unlocked in game by simply putting in time to the game. However for a few dollars here and there you can speed up the process to get ahead. The success this in PC games like League of Legends has gotten Steams attention. Steam announced a new direction of free to play games using the microtransaction method. Even Xbox is rumored to be getting new games as well.

As with everything it all has to do with money. How much can they get from us and how much are we willing to pay? Some like the idea some don’t. Prices will be the biggest issue. If I have to pay for a game, pay for a service to play it, or pay for in game content to be able to contend in game, what will that cost me?