Super Mario 3d World is the game I wanted at Launch 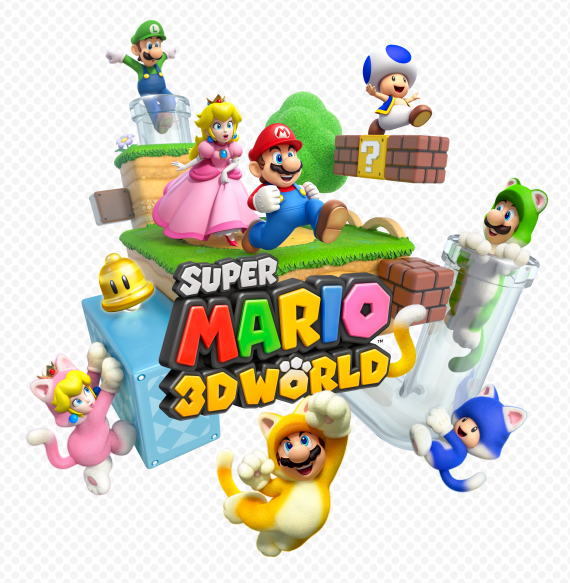 The Wii U did launch with a Mario title, New Super Mario Bros. U, but after seeing the newest Mario title in action I would have rather had this at launch than what we received. Now I am not saying New Super Mario Bros. U is bad by any means because it isn’t. It has wonderful level design, it looks fantastic, and finally brings back the sprawling map from Super Mario World. The concept behind the New Super Mario Bros. series is starting to fatigue on me. The series was introduced back on the DS and proved that the classic 2D Mario mechanics can work when drawn in 3D. The “New” series has seen a Wii iteration, a sequel on the 3DS, and the latest iteration that launched along side the Wii U. The 2D platforming is great in all of them, don’t get me wrong, butt after playing the superb Galaxy series and Super Mario 3D land on the 3DS, I am kind of over the 2D nostalgia factor that comes along with the “New” series and prefer the 3D Mario platforming. This  December, Nintendo is introducing the first 3D Mario action title to the Wii U in the form of Super Mario 3D World. The game will have four characters and will support up to 4 players, but there is something interesting they are doing with the  characters. There will be Mario (who will act normally), Luigi (who will have his flutter jump), Peach (that will levitate for a few seconds) and Toad (who is faster than the other characters). This is something we have not seen since Super Mario Bros. 2 and it’s a nice piece of nostalgia Nintendo is throwing in. We are also getting a new suit in the mix of things, the cat suit. Mario’s dabble into the world of furies has led him to become a cuddly kitty, that has the ability to climb certain walls and look down right adorable. I would have loved to have this game at launch and had them push back New Super Mario Bros. U to this holiday instead, but I know why they did what they did. Unfortunately on the Wii, New Super Mario Bros. outsold the Galaxy series despite the Galaxy series being superior. They wanted to bring that 2D Mario nostalgia to sell the first wave of consoles and did an admiral job at it. Like I said earlier, I don’t hate the “New” series, it is a fun time and especially in the Wii U iteration, some of the level design is top notch; it’s just ever since Mario 64, I prefer Mario in the third dimension. I will be nabbing this come December and like the Galaxy series and 3D Land, I will be putting ample time into this one. Super Mario 3D World will be out this December only on the Wii U.