Death Road Releases for the PC

4 Comments on Death Road Releases for the PC

I remember when I bought my Playstation One, one of my favorite games was Wipeout! A more serious version of the Mario Kart series game play style, you piloted a hover craft around a track racing other hover crafts and using power ups to slow down, disable and destroy the competition so you would cross the finish line first!

So if you’ve been craving a game like Wipeout but didn’t want to buy a PS3, or now the Vita, just to play the sweetness that is this game. There is an alternative and it is called Death Road released by Active Zone Group on Friday March 30th Death Road promises to have all that and more for the PC and later this year it will release on the consoles.

Active Zone Group is a Polish game studio that designs high quality games for the PC, PS3 and Xbox systems. On their website they say this game will have 8 tracks, 11 vehicles, 1 main weapon, a laser and a choice of 5 different secondary weapons that require ammo pickups when they are depleted. There will be 6 games modes one of which will be a single player campaign that promises about 8 hours of game time. 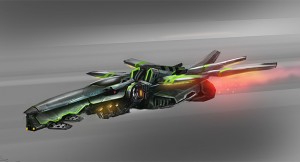 I think the only thing missing from this game is some Prodigy screaming “Firestarter”! check out the game play video and screen shots below and don’t forget to hit the Active Zone Group or Death Road sites for more info. Like I said it released for the PC on Friday so if you want to buy it go to these site to do so or wait for Origin when they will have it up in about 2 weeks…