You know you are going to upgrade to the next World of Warcraft expansion, so why not take advantage of the free character boost now – usually £40.00/$60.00 from the battle.net shop. Be one of the first to play through levels 91-100 and get the added bonus of upgrading all your professions to 600 if you choose to boost a character that is level 60 or higher. The standard edition is priced at £34.99/$49.99 and the digital deluxe edition at £49.99/$69.99

Upgrade to the Digital Deluxe edition and enhance your adventures in Draenor with epic in-game items including the Dread Raven mount, StarCraft II portraits of Grommash Hellscream and Blackhand and a Diablo III Warsong Pennant.

Boosting a character couldn’t be easier and Blizzard have put together a quick video to show you how:

Blizzard gains aggro from its customers

6 Comments on Blizzard gains aggro from its customers 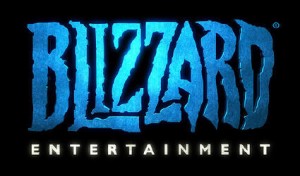 So what new fantastic idea has Blizzard come up with this time? How about making you use your real life name instead of a character name or chat handle. Yep that’s right. With the introduction of Battle.net’s Real ID program it gave users the option to use your actual name instead of the usual character name. Now Blizzard has said with the new upcoming Starcraft 2 forums and eventually the World of Warcraft forums, you will have to have and use the Real ID program to gain access and post. Blizzard claims this in effort to make the online community “behave” and not start online fueds on the message boards. However on the flipside, millions of subscribers will no longer be anonymous. In an age where identity theft is a major issue, it seems like Blizzard is making it even easier to do. Blizzard forums have been on fire with angry consumers commenting that people will be stalked or even have accounts hacked. Blizzard doesn’t seem like they are going to stop this change from happening, so how will this change affect them? Will people quit playing? Will people stray away from Blizzard products? Only time will tell, but this could turn into profit loss if it goes sour.