As well as featuring at E3 ESO will also be at Gamescom 2013 (22-25 August, Cologne, Germany), the largest gaming convention in Europe.

No Comments on Valve to Release New Steam PC 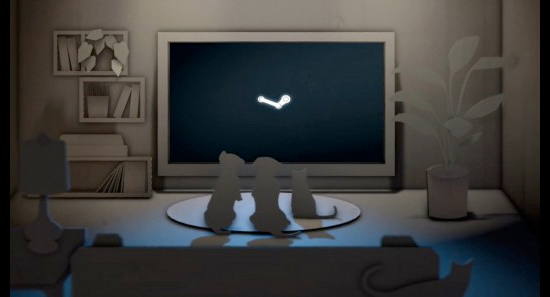 According to Valve’s Gabe Newell, a new kind of PC will be released next year which aims to compete with the living room console. These PCs will be designed to be connected to your TV and enable you to run steam to play all your game titles. The ‘Steam PC’ will not be as flexible and open-source as a normal PC due to it’s function in being a method of bridging the gap between playing games on a console and playing games on a PC, but Valve think that this is something that people will really want for their living rooms and will compete with other companies such as Sony with their next generation consoles. We are going to have to wait until next year for more details however, we’ll keep you posted as more news is released.

For more information, the first step in the process is ‘Steam’s Big Picture’ find out more here: http://store.steampowered.com/bigpicture. 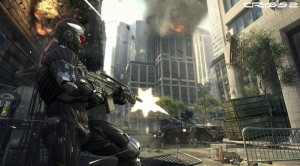 Cryteq CEO held an interview over the holidays and stated that the PC platform is a whole generation ahead of the Xbox 360 and Playstation 3.  While PC gamers have known this for years it hasn’t really been officially stated by a prominent company until now.  Crytec was one of the last companies that held PC exclusives however with it’s new release of Crysis 2 it will be releasing the game on the PC, PS3 and 360.

I’m sure for any PC gamer reading this that they are jumping out of their seats right now but this is actually a disappointing statement.  Because of the focus on consoles games, quality games on the PC and exclusive titles for it have been far and in between.

“PC is easily a generation ahead right now,” he told Edge Magazine. “With 360 and PS3, we believe the quality of the games beyond Crysis 2 and other CryEngine developments will be pretty much limited to what their creative expressions is, what the content is. You won’t be able to squeeze more juice from these rocks.”

“I generally think it’s still developers’ mentality [that is to blame],” he said. “A lot nowadays don’t consider PC a big issue any more; their [sales] expectations are nowhere near what they are for the console versions. Until the PC market creates comparable revenues, companies are not going to spend enough on the PC SKU of a game.”

While this doesn’t necessarily mean that Crysis 2 would be a better game on PC vs console it does mean that because of this Crytec’s creative expression could be held back because of it.  Yerli also said that because of piracy it has forced them to go multi-platform.

“We seem to lead the charts in piracy by a large margin, a chart leading that is not desirable. I believe that’s the core problem of PC Gaming, piracy. To the degree PC gamers that pirate games inherently destroy the platform. Similar games on consoles sell factors of 4-5 more. It was a big lesson for us and I believe we won’t have PC exclusives as we did with Crysis in future. We are going to support PC, but not exclusive anymore.” said Yerli.

While I don’t believe piracy is the primary cause for this I do believe it is a huge issue.  I happen to know a great many people who refuse to pay for anything unless they absolutely have to.  A great number of my friends pirate their software if they have the option.  The problem with PC game piracy or the piracy of software in general is that isn’t that stigma attached to it that “I could get in trouble”.  It’s the “no one can see this so is it really stealing” type of mentality.  I must admit at some point I had this same mentality.  I also did this because I felt the prices for games were to high.  This was when PC titles were $39.99 and a far cry for then $59.99 and now that PC titles are heading that way I suspect piracy will head the way of the pricing… up.

In addition to piracy we have had a huge influx of casual gamers who don’t have or have the interest in computer hardware.  Most causual gamers don’t know how to build a computer capeable of running your average computer game.  Consumers can buy prebuilt ones that will handle it from companies such as CyberPower PC, Alienware or IBuyPower but those machines cost range from $1,000 to $5,000  and compared to a $200 – $400 console it’s a hard sell on a platform that has a dwindling amount of titles.

PC Gamers have long been arguing that they are tired of paying for games that are subpar ports of their console counter parts.  Star Trek: Legacy and Turning Point: Fall of Liberty are prime examples of this.  One could argue that PC gamers don’t want to pay $60 for a title that wasn’t developed for their system and does not offer all the features usually offered to their platform.  It would be like releasing a game that can only work with a mouse and keyboard and release it on the 360.  Xbox owners would be furious at this.  The only difference between PC Gamers and Console owners is that it is far more complicated to pirate a console game and they can’t just go download the game and play it.

I have heard the death knell call of PC gaming for years now and while I would agree that many of the recent releases on PC have been deplorable I hardly think that PC gaming has ended.  The recent and upcoming releases of Bad Company 2, Bad Company 2: Vietnam, The Witcher and The Witcher 2 are prime examples of successful PC releases that have had great commercial success.  While they may not make $500 million dollars overnight they are still commercial successes.  I personally believe when PC gaming capabilities are so far ahead of consoles and when developers counter this with another console which if it follows the trend of recent releases will most likely cost $600 – $800  we will find PC gaming gaining back some of it’s lost ground.  In addition to all this we have companies like Steam and Impulse Games who offer games at generally lower prices then their console counter parts and because they are distributed over their networks it makes it incredibly complicated to pirate them.  In a world where money is key having access to overall cheaper games could help drive PC sales.

Here are a couple of videos from a few upcoming PC releases… enjoy!: 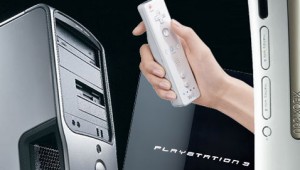