Coming next year: Games to look forward to

2 Comments on Coming next year: Games to look forward to 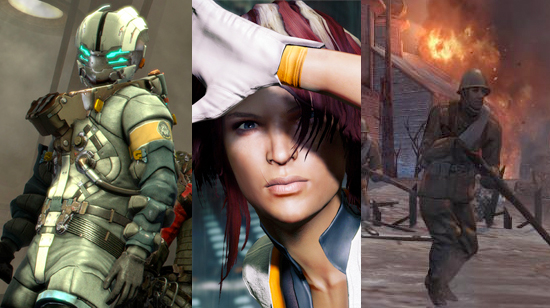 Christmas is coming and if you’re anything like me some of that time that I get off work is going to be spent totally submerged in gaming – I’m already looking forward to it. What I’m also looking forward to are the titles that are coming up in 2013, these are the ones that we’ve seen at events like E3 and Gamescom this year. I’m particularly interested in seeing The Elder Scrolls Online when it comes out next year, The Elder Scrolls goes from single-player to MMO, I have a feeling it’s going to be good.

Developed by Visceral Games this title is the highly anticipated sequel to Dead Space 2, a survival horror third-person shooter, Dead Space 3 sees Isaac Clarke pitted against the Necromorphs in a struggle to end the scourge forever. You will also be able to fight in co-op mode now or run solo, which is even easier with the drop in drop out functionality, so you can team up with a partner at any checkpoint in the game.

They’re back! Developed by Gearbox Software this first-person shooter is cross-platform and is set after the events of the film Aliens 3. The game employs drop-in/drop-out co-op for up to 4 players online or 2 players locally. If the recent prequel in the Aliens series has peaked your interest this will be one not to miss next year.

In this, the third installment of the Crysis series, take on the aliens in New York City’s Nanodrome where you become the hunter. Crysis 3 will be utilising the CryEngine 3 game engine giving you stunning graphics and an amazing gameplay experience.

Carmageddon is back, this time more gory than ever! This game was covered a lot over the course of this year and if there’s a more exciting vehicle combat game waiting in the wings I’d like to know about it. This game is the fourth in the series following Carmageddon, Carmageddon II: Carpocalypse Now and Carmageddon: TDR 2000.

If real-time strategy games are your thing, why not try this WW2 sequel coming next year. You are in command of the Soviet Red Army, your goal to free Russia from the Nazi threat of 1941 on the Eastern Front. The game runs on the Essence 3.0 game engine, which the publisher THQ claims will bring “new technological advancements” to the game.

Capcom’s cyberpunk release for 2013. Interesting concept here, the game uses ‘memory remixing’ which is entering and rearranging a target’s memories to manipulate them. By doing this you can then change the target’s memory of the outcome of any event. You play Nilin whose memories have been erased and the aim is to retrieve those memories and find out why.

One of my favourites for next year, The Elder Scrolls is going MMORPG! The game will be set on the fictional continent of Tamriel a millennium before the events of The Elder Scrolls V: Skyrim, and it will have a storyline that is not connected to any of the previous games. After a lengthy development period it will be great to see what this game brings to the MMO market.

Crysis Coming to XBL and the PSN!

1 Comment on Crysis Coming to XBL and the PSN! 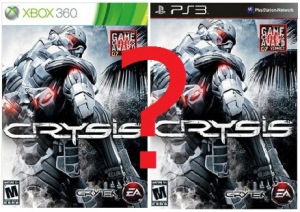 PC gamers are going to shed a tear for this one but Crytek and EA announced on September 9th that the original Crysis will becoming to Xbox Live and PlayStation Networks for digital download in October. But don’t be too sad it’s only going to be an “enhanced and modified” version of the single player campaign.

Crytek will be using the new CryEngine 3 to remaster the graphics with new lighting, effects and visual optimizations. Crytek also stated that the controls for the Nanosuit will be optimized along with a fine tuned combat system and full stereoscopic 3D support for total immersion into the world of Crysis!

“We are extremely proud of what we were able to accomplish with Crysis. We set out to create a next-generation FPS and delivered a PC experience that became a benchmark for quality – and still is for many gamers even four years later. By bringing the single-player campaign to console, we believe we are again setting a new standard for quality in downloadable gaming.”

Back in 2007 when Crysis was released on the PC it was (and is still) used by many to benchmark their rigs and see just how high the graphic settings could be set before their system would choke! The game was a graphic masterpiece although the A.I. was a little on the short bus side the original Crysis was a classic sandbox shooter with all the trimmings that garnered a huge following and community that still exists today.

Just incase you’ve lived under a rock for the last few years and never heard of Crysis here’s the reader’s digest version of the plot:

In 2019 a team of Scientists makes a frightening discovery on an island in the SouthChina Seas. All contact is lost with the team when the North Korean government quarantines the island. The US sends in a squad of elite Delta Force Operatives to recon the situation. When tension arises between the two nations a massive alien ship reveals itself, previously hidden on the island. Now with all hope fading, the two Nations must join forces to destroy the alien menace before it’s too late.

So for 1600 MSP on Xbox Live or $19.99 on the PlayStation Network you can save the world that is Crysis on the consoles. Not a bad price considering that the full game sells for $29.99 on Steam and Origin for digital download on the PC.

For more information check out these links:

So what’s your opinion? Is Crytek selling out even more or what? Leave a comment and be heard! 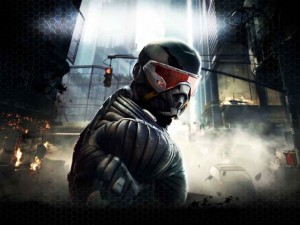