I have been following the development of Starbound, the newest game from Chucklefish, for what seems like an eternity.Starbound has oft been called a “spiritual successor” to Terraria, but this is a misnomer. Terraria and Starbound share an artist and basic gameplay premise, and that is pretty much where the similarities end. Today marks the launch of the first stage of the open beta. You can buy the game on Steam for 15 dollars and get started as soon as the download completes. Check out the trailer below and stay tuned from updates from me as the beta progresses. 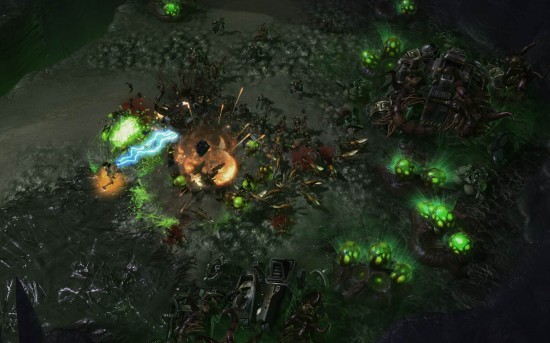 Launch Date Announced for Heart of the Swarm

3 Comments on Launch Date Announced for Heart of the Swarm 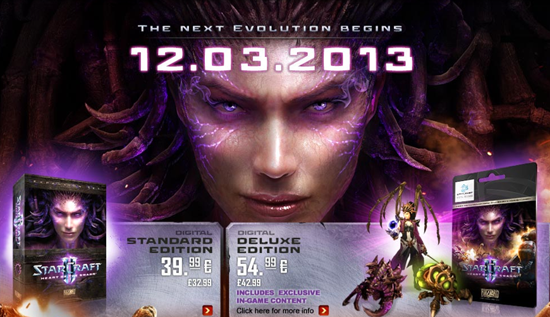 The next chapter of Blizzard’s StarCraft II saga, Heart of the Swarm, will launch on March 12, 2013.

Heart of the Swarm, Blizzard’s first expansion to StarCraft II, picks up where Wings of Liberty left off, focusing on Kerrigan’s quest to reunite the Swarm and take revenge on Arcturus Mengsk. You will follow Kerrigan as she travels the galaxy, growing in strength from mission to mission (20 in total), and players will be able to customize her with powerful new abilities, as well as evolve various zerg strains into fearsome new subspecies. Mike Morhaime, CEO and cofounder of Blizzard Entertainment says that “With Heart of the Swarm, our goal has been to expand on the multiplayer action and cinematic storytelling of Wings of Liberty. Combined with features like unranked matchmaking and our new leveling system, this expansion elevates the StarCraft II experience for players of all skill levels.”

Pre-sales for the standard digital and Digital Deluxe versions of Heart of the Swarm are now available. Players who would like to purchase either version and be ready to play the moment the expansion launches can do so now by visiting www.StarCraft2.com.

The Digital Deluxe version of Heart of the Swarm includes a full digital copy of the expansion along with the following in-game bonus items:

While the collectors version includes all of the above plus:

To learn more about StarCraft II and Heart of the Swarm, visit the official website at www.StarCraft2.com.

Where is the Mists of Pandaria in-game launch event?

No Comments on Where is the Mists of Pandaria in-game launch event?

Although Blizzard have announced that there is going to be several official global launch events for the release of MoP in the US, France, Germany, Italy, Russia, Spain, Sweden, the UK, Brazil, Mexico, Chile, and Taiwan; there has not as yet been any news of an in-game launch event. But, the lack of any news doesn’t mean that there isn’t a plan in the pipeline, especially since Blizzard created in-game launch events for both the Wrath of the Lich King and Cataclysm releases.

In 2008 Wrath of the Lich King featured a full on zombie invasion where infected crates appeared in-game and began to infect the players themselves, the players could then choose to cure themselves by visiting one of the Argent Dawn within 10 minutes who had also appeared throughout the world. If you were not cured (either because you ran out of time or chose not to be) you then became a zombie who was treated as an enemy by all other players and NPCs except other zombies, and you had the ability to then infect other players.

And again in 2010 for the Cataclysm release, if you were allied to the horde you were called to take back the Echo Isles from a tribe of trolls called the Darkspears, led by their leader Vol’jin, after being ousted by the witch doctor Zalazane. If you were alliance you received a similar call to join the fight to take back Gnomeregan led by High Tinker Mekkatorque, following the betrayal by his chief advisor Thermaplugg.

Further details of the launch events can be found on the Blizzard website, members of the dev team will be at these events where possible so you can meet them and get your copy of the game signed. You will also be able to purchase both standard and collectors editions. In the meantime I’ll be looking out for signs of any in-game launch events, please do let us know if you’ve heard of anything, it seems like a lot of players are asking the question.