The Final Verdict on Garrisons

No Comments on The Final Verdict on Garrisons

When I heard that Blizzard were introducing Garrisons to WoW I was initially excited, the concept sounded great and the idea of character housing had been something players had been after for a long time. So, we now had this home base all of our very own to go back to, with everything you could need under one roof, banking, professions, quests, all in the comfort of your own Garrison. But something was terribly wrong, the Garrison got tedious very, very quickly.

Apart from your Garrison making you feel extremely isolated from everyone else in the game, one of my particular bugbears is that by incorporating the professions into the Garrison it felt like you just had all these boring tasks to be completed before moving on to something more interesting – log in, you’re in your Garrison, go to the mission table and send out followers, time to go to the mine, time to go to the herb garden, time to go and collect timber for your mill and so on. By doing this it took something away from having to go out into the world and actually look for things which is part of the enjoyment of the game, it somewhat bypassed exploration for the fun of it and running into random events and other players on route. I honestly miss logging into a tavern somewhere in Azeroth and being surrounded by other players, at the moment I log in, I’m in my Garrison and it’s time to go to the mine, sigh!

Now, how about the Garrison and Shipyard mission tables? Each mission takes between 30 minutes and 12 hours to complete on average, so you basically log in and then depending on the level of your followers you assign them to missions aiming to get an 100% chance of success – there is very little strategy here and once you have the hang of it (which takes no time at all) it’s just another boring task to complete at your Garrison in the hope of getting Garrison supplies, gold, or other items. You do not interact with your followers, you just assign them to tasks, wait till the time is up and collect your loot, think microwave popcorn, ding, take out popcorn put in next batch. And, that is not even mentioning the Shipyard’s policy on completely destroying ships that you’ve taken the time to level up should you not complete a mission, therefore, for every mission it is just better to make sure it has a 100% chance of success otherwise be prepared to kiss your Destroyer goodbye. 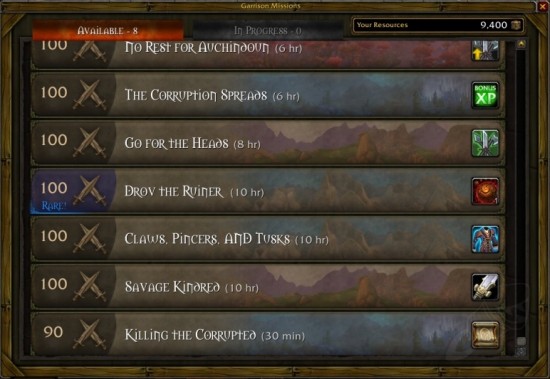 I guess it’s a bit of disappoint that it hasn’t worked out as I initially thought or as Blizzard had planned, but it was a good idea and I accept that some good things did come out of it, it just didn’t work in the game for me and a lot of other players, particularly as end-game content. At this point in time, the idea of levelling a new character and then having to level another Garrison for each new character makes me cry a little inside. I’m glad that the new expansion, Legion, is moving away from the Garrison and getting us all back out into the world and interacting with other players. I have no doubt that Blizzard will build upon everything they have learned from the Garrisons and the feedback received from players and I’m optimistic that Legion’s Class Hall will be a much better fit for the game dynamics as a whole. 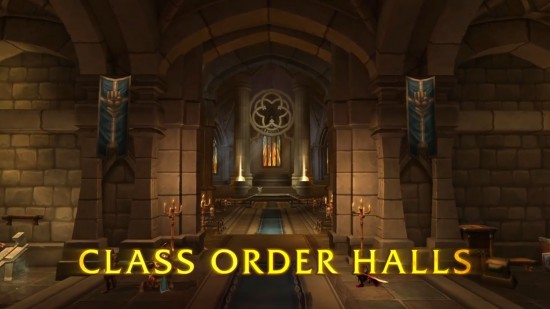 From what we know, the Class Hall is going to be similar in some ways to Garrisons, building on its good points, and as their name suggests they will be unique to each class. At the Class Hall you will be able to get class-specific quests and missions and customise artifacts. However, the main difference is that they will also be available to other members of your class which takes away that complete sense of isolation and inactivity experienced within your current Garrison. We also know that instead of just picking up followers to send on yet another mission via your Garrison mission table, we’ll have select champions of our class who will assist us in our own quests. The information available on the Class Halls are not set in stone but it has definite potential and to be honest, I’m not sure it can be worse that the current Garrison set-up.

So, what will I miss from my Garrison? Well, the second Hearthstone was pretty handy.