No Comments on The Joker aint jokin

The release of Batman: Arkham City is a fun and exciting time as well as a sad day. Some while ago Mark Hamill, the man who brings The Joker to life, hinted that Arkham City would be his last debut as Batman’s nemesis The Joker. It would appear that Hamill is in fact done being the voice behind Joker. Below is a screen shot of Hamill’s latest tweet confirming his retirement from The Joker. 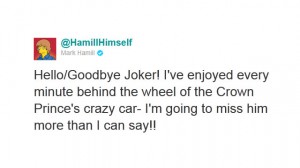 For those of you who know the voice well but can only see a pasty white face with a wide red lipstick smile, Mark Hamill is best known for staring as Luke Skywalker in the original Star Wars trilogy. I for one am sad to see him go, not only did he give Arkham’s Joker a demeanor and laugh to remember, but he has been voicing Joker since 1992 in just about every animated Batman show there was and in various video games featuring The Joker. Hamill has enormous talent as a career actor and also as the voice that truly brought The Joker to life, his audible presence in future Arkham games (should there be more) will be missed. Im sure there is plenty of talent out there to give The Joker a voice but it simply wont be the same, his iconic laugh was like a signature that wont be copied. There is of course speculation that Hamill isnt really done with The Joker, so heres to the unlikely hope that Hamill is just messing with the gamer community. I would be ecstatic to surprisingly hear his voice in the next Batman game. 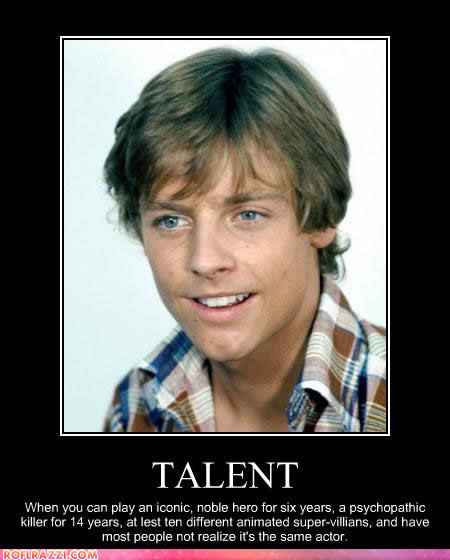