No Comments on The “Official” Trailer For Grand Theft Auto v 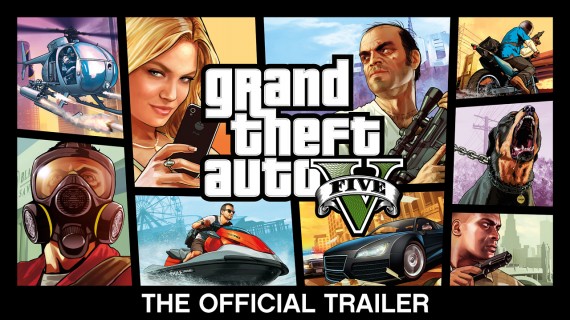 This is more than likely, the last trailer for Rockstar’s opus that we will get before the games launch on September 17th. The trailer pulls the three protagonist together in epic fashion showing how each is their own personality. The send off title for this generation of consoles, this title, visually, is looking fantastic. We do know the 360 version will ship on two discs and need an install, I am thinking similar to Forza or Halo 4 in which you will need the second disc for the install, and then never use it again. The game looks like a blast to play and I can not wait to get my hands on it later next month. There have been rumors of a PC version floating around and with GTA IV having a PC release, I can see this eventually getting a PC release as well. If you were hoping for a next gen release, well you better hold your breath. GTA: San Andreas launched in late 2004 right before the launch of Xbox 360, just a year later. I have a good feeling all the time in development, there was never a next gen version being produced. Since the PlayStation 2 there has been a GTA’s to bookend a console life cycle. Recently finished up L.A. Noire and just downloaded Bully: Scholarship Edition last night (Xbox Live has it $3.74 right now which is a steal), a game a never played, but always had interest in it. Getting ready for GTA: V, I have been playing through Rockstar’s recent catalog. They are one developer that I could play their games night after night and be satisfied. As large as GTA: V is looking it maybe the only game some people play this holiday season. Enjoy the latest “Official” trailer for the upcoming Grand Theft Auto V, which will hit the Xbox 360 and PlayStation 3 on September 17th.