Things to know about the Nintendo 3DS

3 Comments on Things to know about the Nintendo 3DS 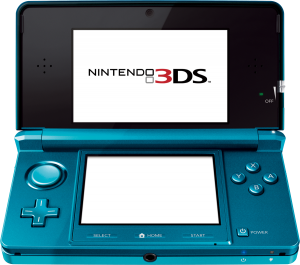 Today 3DS games will hit the shelves five days before the 3DS system itself. Such games will include The Sims, Madden, Ridge Racer, and Ghost Recon to name a few. So in light of the upcoming release here is a few things to note about the 3DS.

– Nintendo added a left joystick for better movement and accuracy

– Added “Home” button. This will pause the game allowing you to to access other items like the Nintendo shop without having to stop the game

– The 3D effect can be turned up, turned down, or completely turned off

– Like the DSI model comes standard with cameras. Three instead of two (one inside , two outside) allowing the ability to take 3D pictures

– The 3DS will come with a charging cradle

– Built in motion sensors for side to side, up and down, as well as tilting (games will use the different effects)

– Will include a 2GB SD card