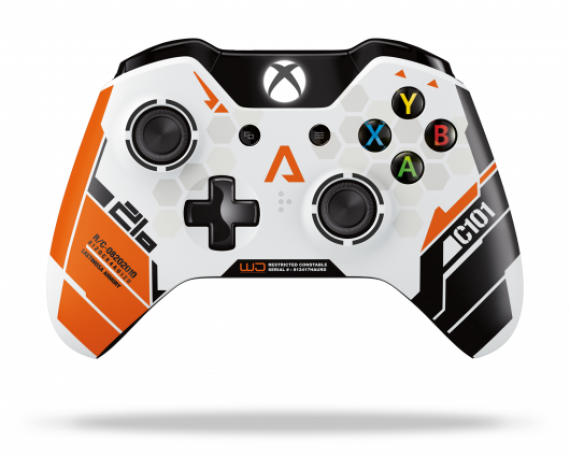 One thing I have always admired about Microsoft this past gen was its custom controllers. They were pretty efficient about turning them out when a new AAA title approached and some were fantastic. They also have put out custom controllers during certain times of the year that, like the game title branded ones, were hit or miss. I still love my monochrome controller, the controller that launched the “turnable” D-Pad. The recently released the chrome series and a camo controller, all which could be thrown into a huge heap and be set on fire for being so ugly its criminal. Microsoft will be bringing out its first Xbox One custom controller along side the March 11th release of Titanfall, the title Respawn Entertainment has been hard at work on. The controller is surprisingly beautiful. The white body is trimmed with black and orange, almost giving it a Mass Effect (Cerberus) feel. I am very surprised how clean and aesthetically pleasing the design is. The controller is up for pre-order now over at Amazon and GameStop, it will run you $64.99 and still require 2 AA batteries, like the stone ages. There is other Titanfall licensed products coming from Mad Catz on the PC. There will be a keyboard, a R.A.T. mouse, two headsets, and a mouse pad. Now the orange isn’t the awesome shade of the controller, but they all look wonderful as well. Titanfall will release on the Xbox One, Xbox 360, and PC on March 11th, 2014. 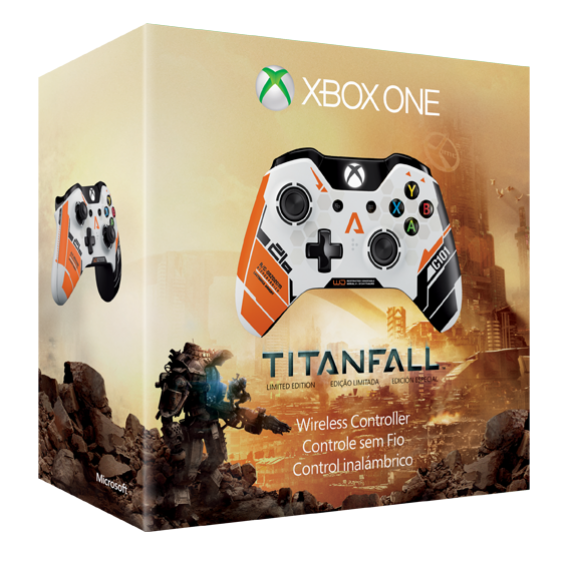