No Comments on Watch Dogs Delayed Until 2014 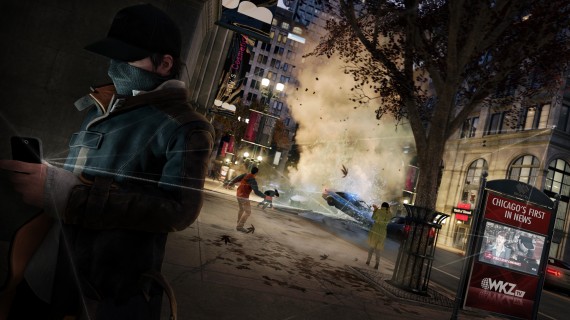 One of my most anticipated titles of the year has been put on hiatus for just a couple more months. Ubisoft announced to day that the open world title will be pushed back until spring 2014.  Here is the official statement from the Ubisoft press release :

“Our ambition from the start with Watch_Dogs has been to deliver something that embodies what we wanted to see in the next-generation of gaming. It is with this in mind that we’ve made the tough decision to delay the release until Spring 2014.

We know a lot of you are probably wondering ‘why now?’ We struggled with whether we would delay the game. But from the beginning, we have adopted the attitude that we will not compromise on quality. As we got closer to release, as all the pieces of the puzzle were falling into place in our last push before completion, it became clear to us that we needed to take the extra time to polish and fine tune every detail so we can deliver a truly memorable and exceptional experience.

We would like to take this opportunity to thank all of you. We thoroughly enjoy and appreciate the way you respond on the web, at events, press conferences and during other opportunities we have to interact. Your passion is what drives us.

We can’t wait to see you in Chicago next Spring. We are confident you’ll love this game as much as we love working on it.”

Now I am all for delays if they make the overall quality of a title better, this seems a little late coming, since the title was suppose to release in a month. Now comes the question of what retailers will do with the pre-orders they have already taken. The game was suppose to release along side the PlayStation 4 and Xbox One as a launch title, and may retailers were offering bundles that included the game. It will be interesting to see if the extra time does improve the game, or if this is just marketing talking since Ubisoft has another big open world release this fall with Assassin’s Creed IV: Black Flag that is still on track for a late October release and launching along side the next gen consoles.