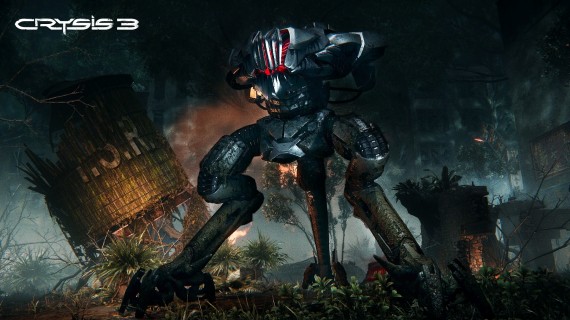 There is plenty to go around with this weeks XBL Marketplace update. The Crysis 3 Beta begins today and is almost a hefty 2 GB download. I have it downloading now hopefully it is as fun as Crysis 2’s multiplayer was, if a little mundane. Call of Duty: Black Ops 2 received its first map pack with Revolution (1200MP or included with the season pass). Guardians of Middle Earth, a game we love but also hate who ever made the net code, will get two new guardians tomorrow; Radagast and Gloin each 160MP. The Deals of the Week focus on Capcom games. Mega Man 9 and Mega Man 10 are each 640MP (20% off) and there is a bunch of Street Fighter X Tekken costume and character packs ranging from 240MP -1200MP. EA is having a publishers sale as well, add-on’s for games like Battlefield 3, Dragon Age 1&2, Kingdoms of Amalur are at a discount as well as some arcade titles like Shank 1&2 and NFL Blitz. You can check out everything here. Anyone play or planning on playing the Crysis 3 beta? Also, is their metal gears now in Crysis? (referring to the picture)